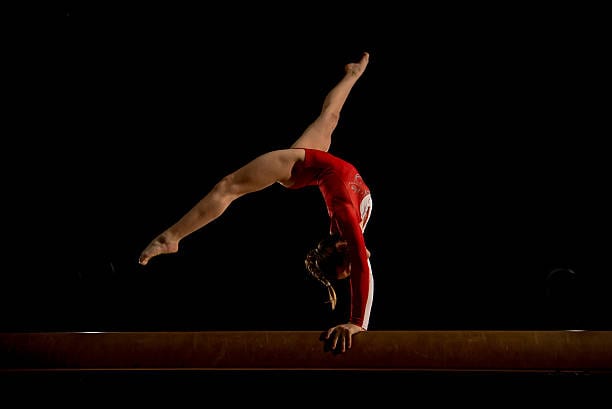 The SEC has openly condemned comments about female gymnasts made by basketball analyst Barry Booker after the commentator was caught referring to them as “scantily clad girls” on-air during an event on Saturday. The basketball announcer made the comment during the Arkansas at Missouri game on the SEC Network while promoting the channel’s upcoming coverage of women’s gymnastics.

“[That would] be a good Valentine’s date night idea,” said Richard Cross, the co-announcer of the event. “Go hang out with the ladies. I mean, I want to go see some scantily clad girls!” said Booker, who was immediately corrected by Cross, who vouched for the family atmosphere at gymnastics events.

Immediately the comment began to receive backlash on social media, where users and figures in the industry pointed out that the comment is just another example of how women are often not taken seriously, even as elite athletes, based on what they wear.

“…referring to them as “scantily clad girls” undermines likely more than a decades worth of hard work, devaluing then to nothing more than girls in leotards to be looked at and judged on their appearance alone,” wrote one user on Twitter. Many are calling for the SEC to reprimand or even terminate Booker’s position with the organization.

The SEC Responds To Backlash

In a statement released on Twitter on Sunday, the SEC condemned Booker’s on-air comment and called it “unacceptable” before adding that it would be looking into the incident.

“We take this matter seriously and are addressing it internally. SEC Network respects all student-athletes, and is committed to showcasing women’s sports with the utmost regard,” said the SEC in a Tweet that included a quote from the commissioner Greg Sankey.

Booker, who has held a longstanding career with the SEC as a basketball commentator, is being reprimanded on social media over the comments even after the SEC’s response.

“It’s one thing to be a terrible announcer, but it’s another to disrespect the powerful and strong ATHLETES that gymnasts are. They are NOT “scantily clad women” there for your misogynistic enjoyment. You’re gross, Barry Booker, and a part of the problem,” said one user on Twitter.

Others are calling for Booker’s termination, claiming that there are plenty of other announcers that could both get the job done and not create a publicity nightmare for both the SEC and ESPN. At the very least, it established a need for sports commentators to be held to greater standards in how they treat young, female athletes.