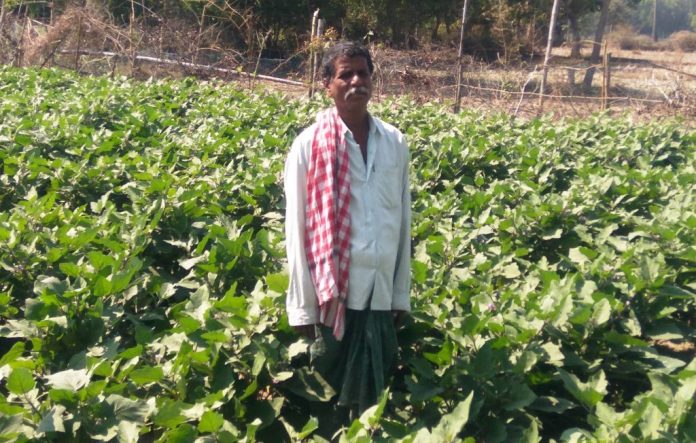 Khaira: Green vegetables in acres of land are found all around the moment one sets foot in Sain village under Khiara block in Balasore district.

Most of the villagers are found toiling from morning till evening. Significantly, educated youths of the village, instead of searching for jobs, have focused on organic farming.

The village has earned a distinct identity for its exclusive vegetable farming.

About 95 per cent of the residents eke out their living from vegetable farming, even though they are deprived of government support.

They lamented that vegetable farming has not been a profitable option for them anymore, but they have to keep it going.

According to reports, 70 families raise vegetable in Rabi season and supply the produce to markets in Balasore, Bhadrak and Keonjhar from October to April.

“We make sure that chemical fertilizers and pesticides are least used in our farming. We grow cabbage, cauliflower, brinjal, tomatoes, bitter gourd, cucumber and chilli abundantly,” the farmers said.

Absence of cold storage is another problem faced by the farmers.

Three years ago, a vegetable conservation store was set up in the village, but it has remained defunct.

“No agriculture officials have ever visited the village to suggest technical methods for farming,” rued Dinabandhu Sahu, an elderly farmer.

The horticulture department had laid pipelines for drip irrigation, but due to sub-standard work, the system is not working, he added.

Another farmer Nrushingha Sendha observed that if the government makes provision of cold storage facility in the area, that would be a valuable asset for vegetable farming.

Laxmidhar Sethi, a vegetable trader of the locality, said fresh vegetables are available more here than other areas.

Sethi added that the government should pay special attention to the development of vegetable farming in the village.