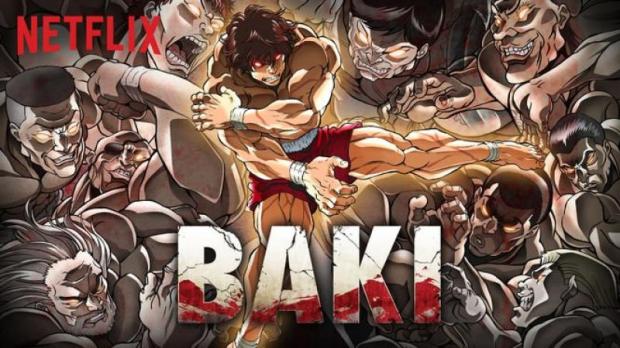 Netflix is on a rampage with some sensational releases planned for June 2020. The lockdown situation has favored Netflix, Prime Video, Hulu and other streaming platforms to a great extent. However, when it comes to anime, Netflix has got its nose out ahead in the race for supremacy. With yet another Netflix original anime ‘Baki: The Great Raitai Tournament Saga’, Netflix aims to keep the anime fans glued to its services in June.

Baki is a very popular anime character from the Netflix family of anime creations. ‘Baki Hanma’ is back with the Part 3 or Season 3 of the plot with ‘Baki: The Great Raitai Tournament Saga’. This part of Baki’s journey will feature the much awaited duel between Baki Hanma and his father who will have a face off in the arena.

‘Baki: The Great Raitai Tournament Saga’ features the main character’s quest to win against his father, Yujiro. The journey of Baki in the centennial contest will form the crux of the plot. Baki Season 4 will be featuring the ‘Godlike Clash of the Kids Saga’.

The official Netflix plot reveal reads, “”The protagonist, Baki Hanma, trains with an intense focus to become strong enough to surpass his father, Yujiro Hanma, the strongest fighter in the world. Five of the world’s most violent and brutal death row inmates are gathering to face Baki. Their objective is to taste defeat — their unmatched strength and skill have led them to grow bored of life itself, and they now seek out Baki in the hopes that he can overwhelm and utterly crush them. In this crisis, other underground martial art warriors gather to fight by Baki’s side: Kaoru Hanayama, Gouki Shibukawa, Retsu Kaioh and Doppo Orochi. An epic showdown between violent death row inmates and Baki and his friends begins!”

Baki Season 3 and 4 released in Netflix Japan in June 2019 as Season 2 consisting of 26 episodes. The global Netflix release of Baki Season 4 is scheduled in October 2020 which will contain the remaining thirteen episodes of the Japanese version of Baki Season 2.

Baki Part 4 will feature Nobunaga Shimazaki as the voice cast for Baki in Japanese, while Troy Baker will voice Baki in the English version on the global Netflix release. Kaiji Tang, Sora Amamiya, Akio Ōtsuka will be the characters on Baki Part 4.

The voice cast of the show from the first two parts will be returning in Part 3 and 4. Nobunaga Shimazaki voices Baki in the Japanese version while Troy Baker voices the hero in the English dub. Other cast members include Kaiji Tang, Sora Amamiya, Akio Ōtsuka, and more.

Baki Part 3 witnessed a trailer release on the 20th of May 2020. This gripping martial arts anime will feature entertaining battles and furious challenges in Baki’s journey.

The trailer of Baki Season 4 is yet to be released by Neflix.