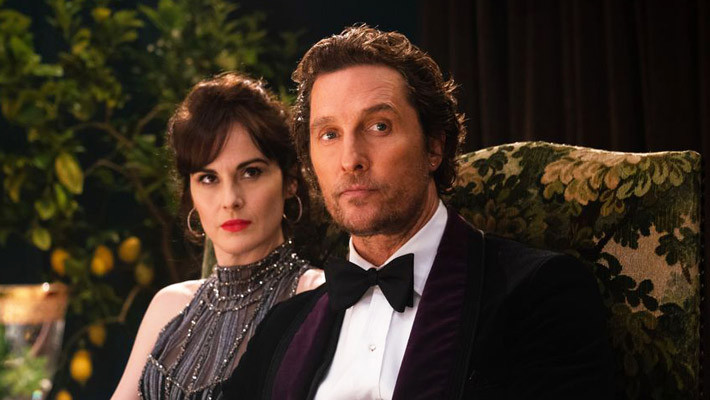 It’s never great for new releases when holdovers are the big story of the weekend, and there’s no exception for either The Gentlemen and The Turning, as Bad Boys for Life and 1917 continued to lead the way. Martin Lawrence and Will Smith’s team-up churned out another $34 million to bring its ten-day total to a very respectable $121 million. Meanwhile, in its fifth week of release and its third week of wide release, Sam Mendes 1917 held on to the number two spot, earning another impressive $15 million to put its domestic total over $100 million, as well ($103 million). Bad Boys for Life and 1917 are officially the first two $100 million movies of 2020.

Meanwhile, Dolittle, which cost as much as Bad Boys for Life and 1917 combined, eked out another $12 million to bring its total to $44.5 million, making it the biggest flop of 2020, so far.

Elsewhere, Guy Ritchie’s The Gentlemen boasts a stellar cast — Charlie Hunnam, Hugh Grant, Michelle Dockery, Jeremy Strong, Colin Farrell, Henry Golding, and Mathew McConaughey — but best it could do was alright, alright, alright, as McConaughey would say. It is an apt way to describe the box-office performance of The Gentlemen, which earned $11 million in its opening weekend, which is right in line with the expectations of STX Films, which only paid $7 million for distribution rights. The film — which was well liked by critics (71 percent on Rotten Tomatoes) and audiences (B+ from Cinemascore) — cost about $18 million to make, it’ll do OK in the UK, great in the digital market, earn a few more million for streaming rights, and ultimately, it will end up being a movie that won’t make a lot of money, but it won’t lose any money, either. The strong showing also ensures that it goes wider next weekend.

That $11 million is far better than the $7.3 million opening of Mackenzie Davis’ The Turning, which fetched the second F Cinemascore of the year (the other was The Grudge) and combined it with a dismal 19 percent on Rotten Tomatoes. It earned $4 million less than The Grudge. The only upside here is that the film didn’t cost a lot to make ($10-$14 million).

Another holdover, in its 7th week, Jumanji: The Next Level continues to push its way toward $300 million domestic with another $7 million, hitting $282 million. Star Wars: Rise of Skywalker hit $5.1 million and crossed the $500 million mark ($501 million). Oscar nominee for Best Picture, Little Women, earned $4.65 million and with $93 million, so far, it should cross the $100 million mark before the Oscars (it’s earned $147 worldwide now). Just Mercy earned $3.9 million and now stands at $27 million.

Finally, Knives Out — released on Thanksgiving weekend — is still in the top ten, now in its 9th week. It’s earned $3.6 million and now stands at over $150 million and is one of the biggest sleeper hits in a very long while. Also, it doesn’t appear in the top 10, but Parasite is the only Best Picture nominee that had a week-over-week increase in box office, and with $2 million more and $30 million total, it’s Neon’s highest grossing film ever, besting I, Tonya. It’s also earned $160 million overseas.

I expect next weekend will be a slow one at the box office, with Bad Boys for Life and 1917 likely hanging on to their positions. There will be two new wide releases, Blake Lively’s The Rhythm Section with Jude Law and Sterling K. Brown, and the fantasy-horror thriller Gretel & Hansel.