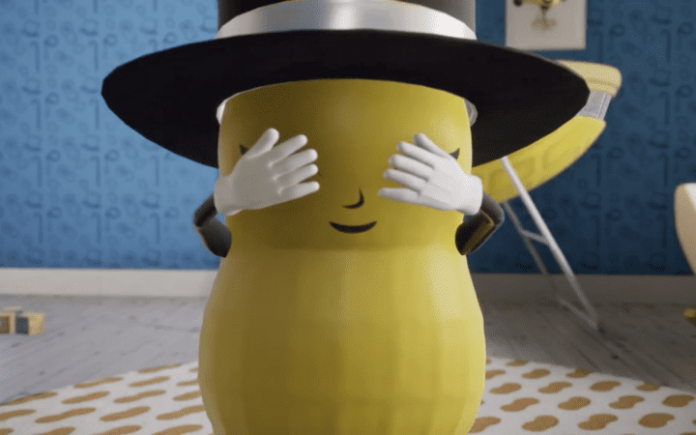 Mr. Peanut may have died an honorable death, but he’s definitely passed it onto his offspring, Baby Nut.

Before tonight, it would have been very hard to argue if anything could ever steal the Internet the way #BabyYoda did from Disney+’s The Mandalorian. Well, tonight at Superbowl LIV in Miami, Florida, it happened.

Thanks to a powerful collaboration between Planters and VaynerMedia, the digital social media agency owned and operated by social media influencer and motivational millennial speaker, Gary Vaynerchuk. From Mr. Kool-Aid Man’s tears, Mr. Peanut was reborn as the adorable hatchling Baby Nut. And within a matter of minutes, it already won the internet with #BabyNut spreading like wildfire across Twitter and Instagram.

But this is just a continuation of Vaynerchuk and VaynerMedia’s power in digital media. Last year, VaynerMedia introduced “Crunch Time” at the Super Bowl, starring Mr. Peanut, Charlie Sheen, and Alex Rodriguez.

This year, the media agency returned to finish its work with its work on Sabra’s Hummus commercial and now resurrecting Mr. Peanut.

Just a few weeks ago, Planters’ iconic Mr. Peanut logo was killed off in a Superbowl LIV pre-game ad. Tragically, Mr. Peanut was taken from us after a terrible swerve off a cliff, when Mr. Peanut bravely chose to sacrifice his life to save his two friends, Wesley Snipes and Matt Walsh.

The future is definitely bright for Baby Nut, so it’s up to Planters to nurture and raise this beautifully done trademark. Well done to the Vayner Media team, Sabra, Hard Rock, and of course Planters on this.

What this commercial demonstrated is that brands really need to step it up when it comes to a new aesthetic and appeal to their customers. With consumers engulfed in the age of digital media and streaming, new techniques and mechanisms are needed to help captivate the attention of customers. And for some reason, in 2020, animation seems to do it, by capitalizing off the human emotions (and arguably that desire to be a parent).

It’s time to see the power of branding on a level like never before. And if you think we’re wrong, then just ask Gary Vee and VaynerMedia, because they already have the badass Baby Nut apparel ready to ship!