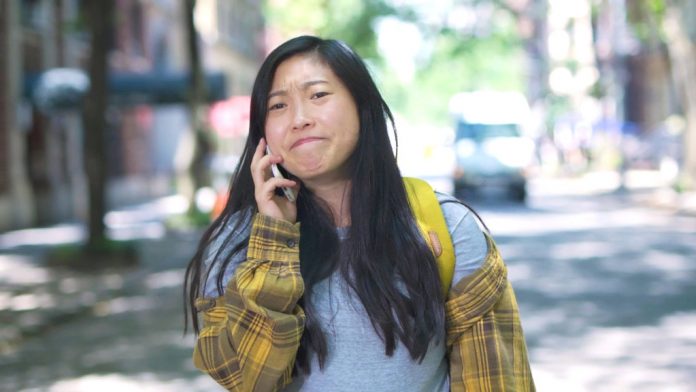 Awkwafina is Nora From Queens (Comedy Central, 10:30 p.m.) — Awkwafina goes to cash a check to get her car back only to discover the bank has closed her account.

Riverdale (CW, 8:00 p.m.) — Jughead’s future at Stonewall Prep is put in jeopardy as Veronica learns a devastating truth about someone close to her and Archie goes to Hiram for advice.

The Goldbergs (ABC, 8:00 p.m.) — Beverly helps Adam score a date with his crush, and Erica learns some surprising info about her brother when they both receive the same grade on a test.

The Masked Singer (Fox, 8:00 p.m.) — Leah Remini joins the panel as the first group of contestants take the stage for the third time and are pared down to the Top Three in their group.

Chicago Fire (NBC, 9:00 p.m.) — Severide struggles with his best man duties as the firehouse deals with a worrisome series of gas leaks with no apparent cause.

Party of Five (Freeform, 9:00 p.m.) — Val is outed to a member of the family as Lucia plans a fundraiser at the restaurant and Emilio wrestles with an identity crisis.

LEGO Masters (Fox, 9:00 p.m.) — Each duo must craft a LEGO-ized build from space that looks amazing from the outside, but also impresses when it gets smashed in slow motion.

Criminal Minds (CBS, 10:00 p.m.) — Prentiss and J.J. make some decisions about their future as the BAU goes to Texas to investigate a series of murdered businessmen.

Stumptown (ABC, 10:00 p.m.) — Dex recruits Hoffman’s help in investigating the fiance of a bride whose suspicions are triggered when he demands they rush their nuptials.

To All The Boys: P.S. I Still Love You (Netflix) — Netflix gives us a follow-up to this hit rom-com just in time for Valentine’s Day. Lara Jean and Peter are officially a couple and things seem to be going well, but when the recipient of one of those cursed letter returns, she’s got to navigate one of the most difficult love triangles we’ve ever seen on TV.

The Late Show With Stephen Colbert: Will Ferrell