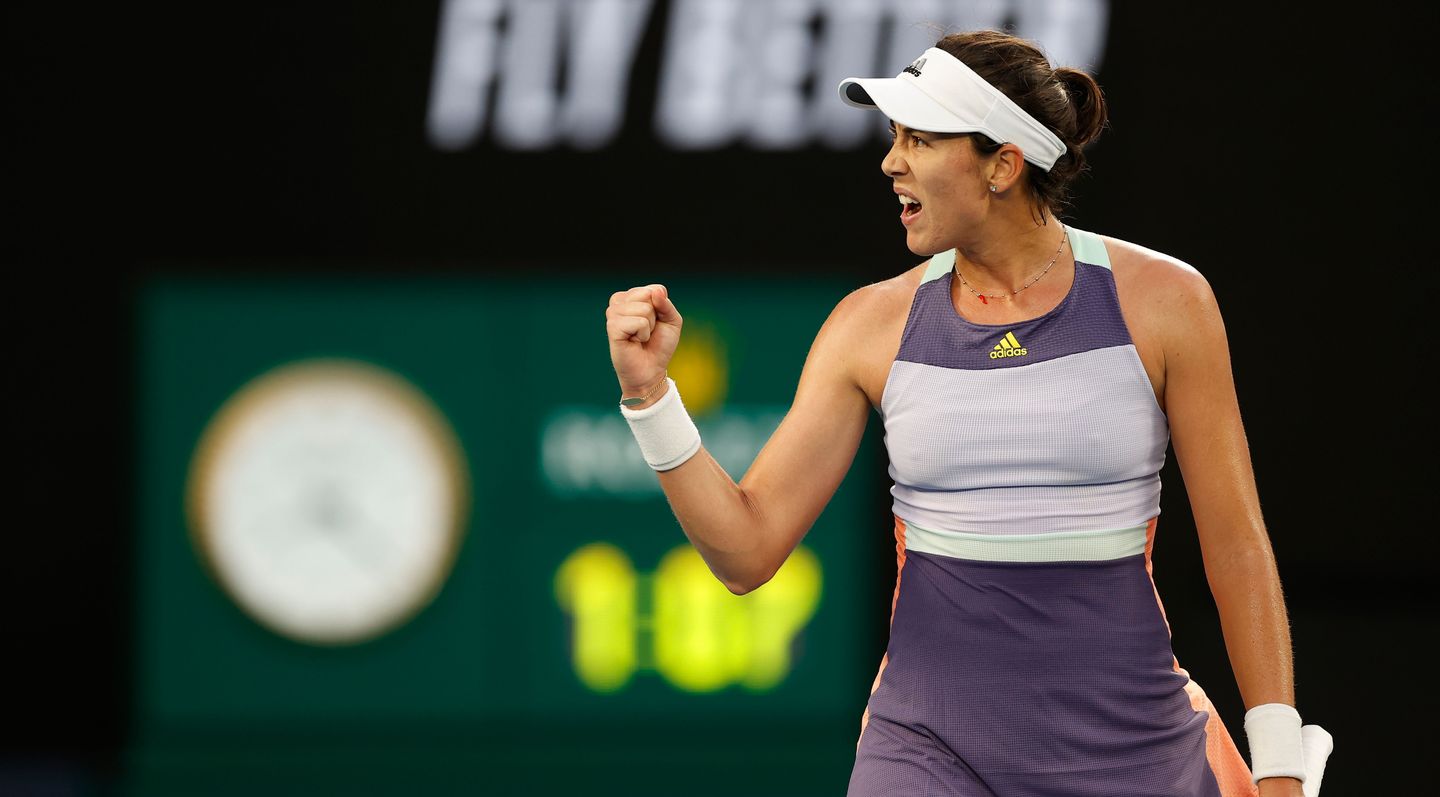 The 26-year-old Spaniard, a former world number one, defeated Russia’s 30th seed Anastasia Pavlyuchenkova 7-5, 6-3 in a hot and sunny Melbourne.

“Sometimes you don’t feel great but you’ve got to fight and stay there,” said Muguruza, now ranked 32 in the world, after reaching her first Grand Slam semi-final since Roland Garros in 2018.

“The first set was very hard, I think it lasted about an hour, but it was a very important set and I’m glad I got it.”

“I’m excited to play my first semi-final here. I’ve known her (Halep) for quite a long time so it’s going to be a tough match,” she added.

Pavlyuchenkova, 28, who won the girls’ Australian Open title in 2006 and 2007, and Muguruza twice exchanged breaks in the first set for 4-4.

But Muguruza got the decisive break at 5-4 up when the Russian put her backhand long, the Spaniard sealing the first set in 56 minutes on first set point.

Pavlyuchenkova struggled with her serve in the second set and Muguruza, the 2016 French Open champion and Wimbledon winner in 2017, served for the match at 5-3, sealing it with a drop volley.

It extends a rotten run of last-eight defeats for Pavlyuchenkova, who in 49 Grand Slam tournaments has reached six quarterfinals without ever going further.

Muguruza struggled badly for form in the second half of 2019, failing to win two matches in a row after the French Open in May/June.

But seeking inspiration, she climbed Mount Kilimanjaro in the off-season and reunited with coach Conchita Martinez, and the results have been almost immediate.

Earlier, Halep powered into the semi-finals in 53 minutes with a 6-1, 6-1 destruction of Estonia’s Anett Kontaveit.

The 28-year-old Halep, the only quarter-finalist not to drop a set, is bidding to add the Australian Open title to her 2018 French Open crown and last year’s Wimbledon triumph.

“I felt great today on court. I was feeling my game, I felt strong on my legs,” said the red-hot fourth seed. “I know how to play against her so I was just focused on every point I played.”

The Romanian lost the 2018 final in Melbourne to Caroline Wozniacki, but said: “That match wasn’t negative at all. I couldn’t finish (win) the match, maybe I was nervous.

“But now I have more experience. That match helped me win the two Grand Slams that I have already, and maybe it will help me get the third one.”

Halep wasted no time asserting her authority over 28th seed Kontaveit, who was contesting her first Grand Slam quarter-final.

Halep broke the 24-year-old in the third game of the first set, then again in the fifth game. Spectators at Rod Laver Arena had barely had time to settle into their seats.

The former world number one sealed a one-sided first set in 29 minutes with a rocket of a forehand that the overwhelmed Estonian had no chance of retrieving.

Halep broke again at the start of the second set and wrapped up a dominant victory in style, sending down an ace.