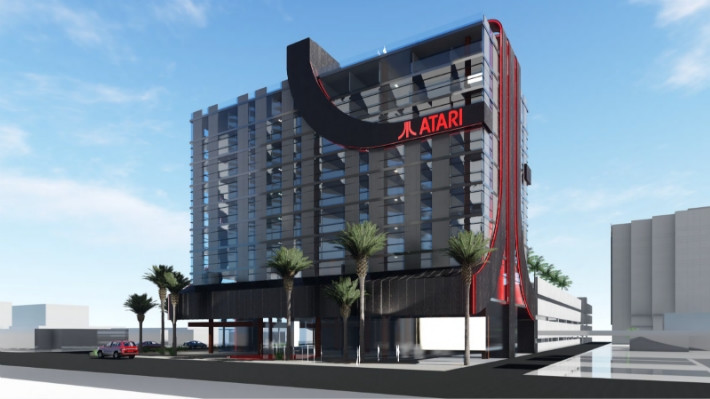 Atari has gone from a console giant in the 1980s to focusing on developing individual games, and now apparently they’re getting into the hotel business based on the consoles of old. Atari announced on Monday that it has plans to open multiple hotels that feature “immersive entertainment” based on the company’s history as a games maker.

According to a release, the hotels will use VR and augmented reality technology, and some of the planned hotels will also have venues and facilities for eSports events. The project is led in part by Napoleon Smith III, who produced the most recent Ninja Turtles movies.

“When creating this brand-new hotel concept, we knew that Atari would be the perfect way to give guests the ‘nostalgic and retro meets modern’ look and feel we were going for. Let’s face it, how cool will it be to stay inside an Atari?!” Napoleon Smith III said in a release.

According to the release, the first Atari hotel will break ground in Phoenix sometime in “mid 2020,” with other hotels planned for Las Vegas, Denver, Chicago, Austin, Seattle, San Francisco, and San Jose. The release touted the success of the hotel industry and the appeal of gaming to a variety of demographics, so it seems the company is optimistic about the venture. We’ll have to see what it actually looks like and what amenities they offer when the hotel starts construction later in the year.