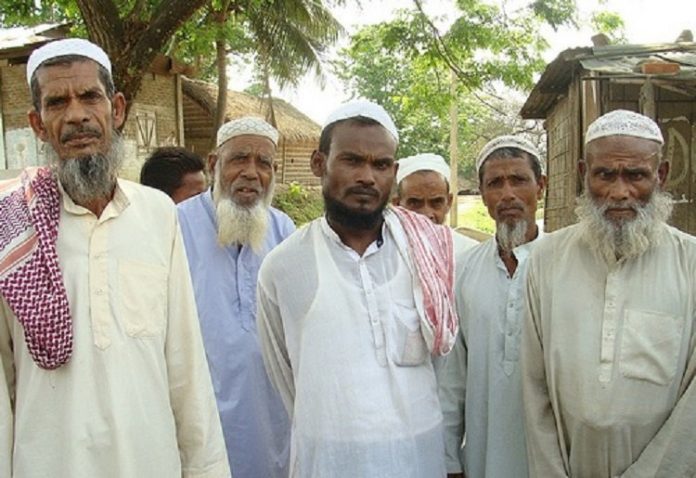 The Assam government may consider ‘ethnic tribe’ nomenclature to four groups of Assamese-speaking Muslims residing in the Brahmaputra Valley. As per a report in the Times of India, the Assam Minorities Development Board has proposed that these Muslims do not have any history of migration from Bangladesh (erstwhile East Pakistan).

“We have proposed to replace ‘indigenous’ with ‘ethnic tribe’ because Assam so far has no official definition of who is an indigenous Assamese,” said Assam minorities development board chairman Muminul Aowal.

He added that the four communities – Goria, Moria, Desi and tea tribe Jolha – are already recognized as more other backward classes (MOBC).

According to Aowal, the Assamese-speaking Muslims number about 40 lakhs out of the 1.18 crore Muslims in the state. Aowal further added that the proposal to include Muslim into the ‘ethnic tribe’ community will not include the Maimal group of Muslims, who are Bengali-speaking.

“The Maimals are in the Barak Valley and the government will consider their case later. At this moment, we are talking of only those in Brahmaputra Valley,” Aowal added.

He added ‘Desi’ and ‘Ujani’ groups will be clubbed as Desi while the Sayed group will be included in the Goria group. These group of Muslims trace their lineage to the 15th century and the majority of them took to Islam by conversion between 13 and 17th century, Aowal added.

Read: Understanding Assam protests: Here is how it emphasizes the necessity of NRC, and CAB is not to be blamed for the mess

“None of these groups can be called migrant Muslims. The Gorias and Morias worked for the Ahom kings and the Desis were originally Koch-Rajbongshis who converted to Islam. Those following Islam among the people brought by the British from the Chota Nagpur plateau to work in tea gardens comprise the tea tribe Jolha,” he added, as per the TOI report.

However, the new proposal is yet to receive the approval of Assam Chief Minister Sarbananda Sonowal. The nomenclature is expected to be approved before the start of the socio-economic census. Aowal said the Census operation to be carried out by state home and minority welfare department will be completed before the next assembly election due early next year.