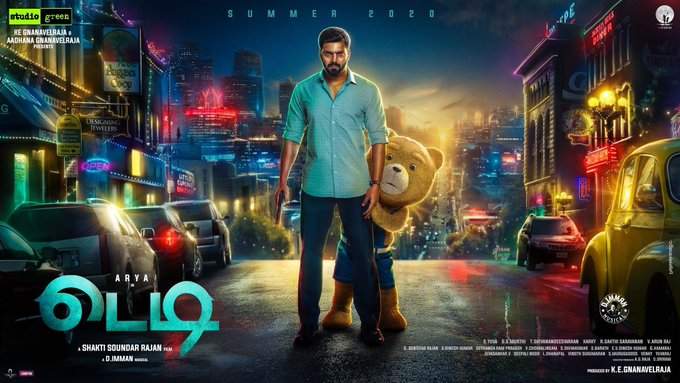 It is reported that Arya starrer Teddy will be released directly on OTT platform. Sakthi Soundarajan is directing Teddy and he has previously directed movies with innovative storyline, Music for Teddy is by Iman and it’s Produced by Studio Green. The teaser of the film was released on March 3, Arya’s wedding day.

There are no major heroes films released so far in Tamil directly on OTT platforms. This is the first time that a film starring Arya will have a direct digital release. This film has tremendous expectations as it stars real life couple Arya and Sayyeshaa.

There are reports that the Teddy movie is in talks to release on Amazon Prime. The official announcement from producers will be made soon about Teddy’s OTT release date.