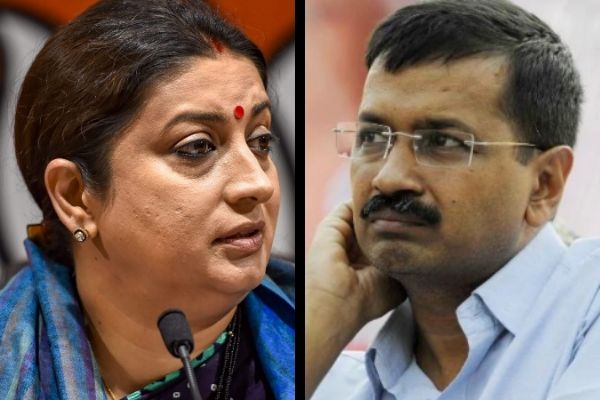 Delhi CM and AAP Convenor Arvind Kejriwal took a U-turn on Saturday after his misogynistic tweet backfired on him. He was called out by Union Minister for Women and Child Development, Smriti Irani, after he asked women to ‘discuss with men’ before casting vote in Delhi elections.

Kejriwal’s tweet read, “Special appeal to all women – Just as you take the responsibility of your homes, so is the responsibility of the country and Delhi on your shoulders. All you ladies must go to vote and also take the men of your house. Make sure to discuss with men who will be the right candidate to vote for.” The Delhi CM was widely criticised on Twitter for his comment suggesting that women are not able to take decisions independently.

Smriti Irani asked Kejriwal whether he believed that women were incapable to make their own decisions. After being slammed, the AAP Supremo attempted to undo the damage.

In a stark contradiction to his previous tweet, he claimed “Women have already decided whom to vote in Delhi and also have decided for their whole family. This is because they are the ones who run the family.”

Kejriwal went from “women should consult men” to “women have decided the votes for the family” in a matter of couple of hours. Pointing out his doublespeak, Smriti Irani accused him of patronising women through his tweets.

This is not the first time that Arvind Kejriwal has made vile, sexist remarks. In 2017, he asked the opposition “mard ke bachhe ho to saamne aa ke rajneeti karo” as if “mard” ka bachha is what makes a person brave or weak.