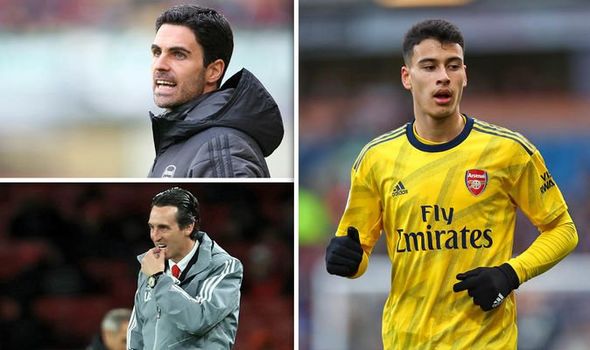 Arsenal rising star Gabriel Martinelli has delivered his verdict on Mikel Arteta and Unai Emery. The 18-year-old forward has been impressing under Arteta, who replaced Emery as Gunners boss in December.

Martinelli arrived at the Emirates Stadium from FC Ituano last summer for around £6million and has caught the eye in his maiden campaign.

He has scored 10 goals in 23 appearances, attracting admiring glances from Barcelona and Real Madrid in the process.

Martinelli join Arsenal while Emery was in charge. He was handed his Premier League debut by the Spaniard but was mostly used in the Carabao Cup and Europa League.

The Brazil Under-23 international has taken his game to the next level under Arteta, however, scoring twice in six league and FA Cup appearances. 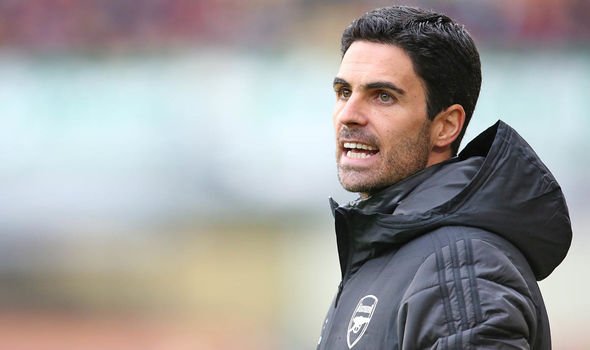 When asked for his thoughts on both tacticians, Martinelli said: “Both are amazing people.

“Unai helped me a lot, he was the first who trusted me and placed me. I will always be very grateful. He was the one who gave me the first minutes in Europe.

“Mikel now also gives me a lot of confidence. I am very grateful. Always try to help me and give me advice so I can improve my football.

“In that I think he is amazing because he tries to give attention to all the players and is a very good person.” 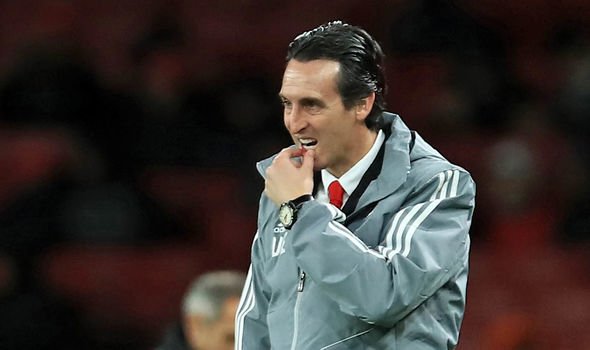 Arsenal technical director Edu has been credited with Martinelli’s transfer from Brazil’s minor leagues but they had to fight off plenty of rivals for his signature.

For Martinelli, he was sold on a move to north London once the Gunners firmed up their interest.

“I played Copinha and very quickly the São Paulo championship,” he told MARCA. “I did well and had some offers.

“Arsenal was the one who made a firmer proposal and serious planning. I was offered to train with the first team. We do not think twice.

“It was my dream and my parents’ dream that one day I could come to play in Europe. I didn’t think twice because Arsenal is one of the biggest clubs in Europe.”