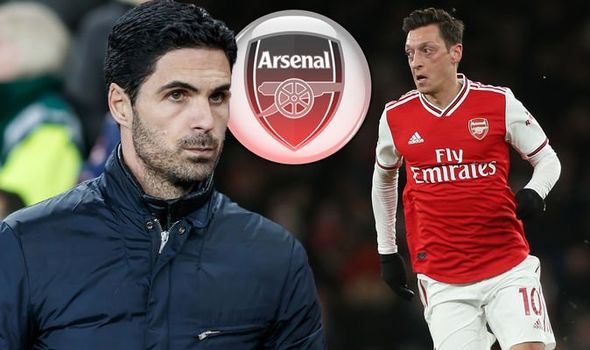 Arsenal manager Mikel Arteta has been warned that Mesut Ozil’s wages mean the club must have a limit in terms of how much they’re willing to pay Alexandre Lacazette and Pierre-Emerick Aubameyang as they seek to tie the pair to new contracts.

The Gunners duo’s deals are steadily nearing their respective ends, with Aubameyang’s agreement into its last 18 months while Lacazette will have two years left on his contract in the summer.

With Arsenal determined not to lose important players for free, or nominal fees, anymore, the north London club’s hierarchy have decisions to make this summer if the pair refuse to sign extensions.

They have previously lost Samir Nasri, Robin van Persie, Alexis Sanchez and Aaron Ramsey either for lower than their market value or for nothing.

In an attempt not to lose Ozil for free, previous manager Arsene Wenger handed the German playmaker a new three-and-a-half-year deal that made him their highest-paid player of all time at £350,000 a week before tax. 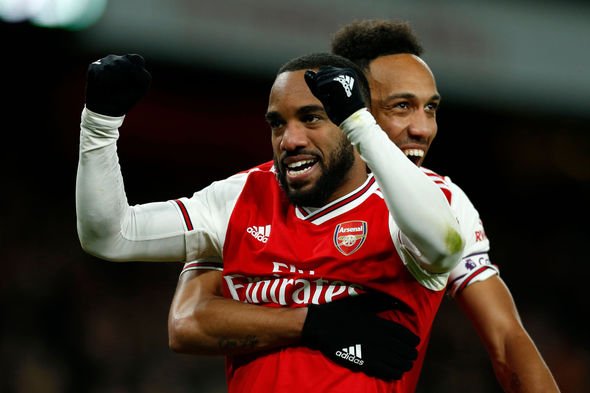 But the former Real Madrid attacker has toiled since then, although Ozil has impressed in spells under Arteta, who had overseen an 11-game unbeaten run in all competitions in 2020 before Arsenal’s Europa League last-32 second-leg defeat at the hands of Olympiakos on Thursday night.

And Arsenal legend Martin Keown insists the Gunners cannot afford to pay over the odds for Lacazette and Aubameyang, regardless of how important they are to the current team.

The pair are responsible for 23 of Arsenal’s 39 Premier League goals this season with Aubameyang, who shared last season’s Golden Boot with Liverpool wide-men Mohamed Salah and Sadio Mane, having netted 17 – a tally only matched by Leicester’s Jamie Vardy.

Keown told BT Sport: “There has to be a limit. A club with Ozil’s contract and the problems that created… 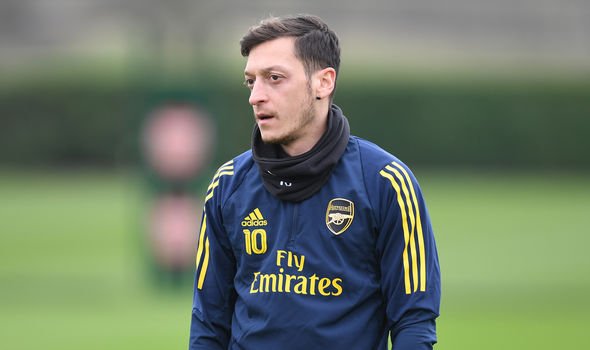 “I do understand, the young lad [Bukayo] Saka as well, we’ve talked about how good he is, he hasn’t signed yet a new contract.

“There’s a lot of work to be done in the boardroom negotiating these contracts because they’re certainly doing the business on the pitch.

“We know the two strikers are as good as anything really in the Premier League, they’re quite lethal in front of goal.

“Lacazette went nine games without scoring recently but has scored in his last two appearances.

“But they enjoy playing with one another, why not keep them together?”

Speaking ahead of the Olympiakos clash, when asked if speculation could distract top goalscorer Aubameyang, Arteta said to the Evening Standard: “I don’t think so. He’s very used to that. I can’t see anything on that. 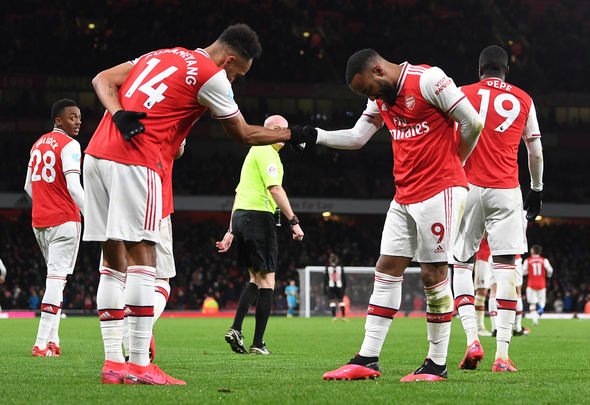 “It is very difficult to replace a player of that calibre, but hopefully we can keep him and we don’t have that issue to resolve.

“We went through that [playing without Aubameyang] when he was suspended for three games [last month]. And we had a good response from the players in those games, but long-term if you lose him the impact is obvious.

“The club has a very clear idea of how he wants to develop things.

“They are in constant communication with players’ agents and they know the plan better than I do. I completely trust them on that.”

Lacazette, meanwhile, has brushed off suggestions that there is clause in his current contract allowing him to leave Arsenal in the summer if they do not qualify for next season’s Champions League.

“I have a contract with the club, so there is no point to leave – everybody is happy with me at the club.”

Aubameyang scored against Olympiakos on Thursday night but missed a sitter in the final minutes of extra time which ultimately proved costly as Arsenal lost 2-1 on the night and went out on away goals, drawing 2-2 on aggregate.