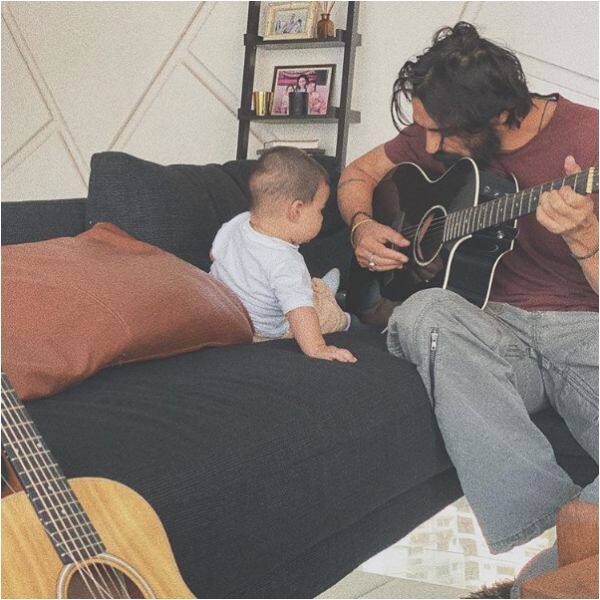 Mumbai: Hindi film actor Arjun Rampal is busy in his personal life away from films. Arjun is seen spending a lot of time with his son these days. Last year, he appeared in The Final Call web series and has been active on social media. Arjun mostly shares photos with his son on social media.

Recently a picture of Arjun with his son has become quite viral. The picture was shared by Arjun’s girlfriend Gabriella Demetriades on his social media account. Gabriella often shares photos with Arjun. But this time he has also shared a special bonding picture of a son with father Arjun.

Gabrielle shared a picture of Arjun Rampal playing guitar for his little one while the little one looks on Sunday. It looked like Arjun wants to teach his little one a lesson in guitar. And the picture is so cute that we cannot stop gushing about his son Arik. His fluffy cheeks are oh-so-pretty. Gabrielle captioned the image saying, “My guys ❤️ #blessed.”

As soon as this picture was uploaded, it became viral on social media.

Rampal married Mehr Jesia in 1998 and has two daughters with her. The couple went kaput 28 May 2018 through a joint statement after 20 years of their marriage. They were granted divorce by a Bandra family court in November 2019. The couple’s two daughters are living with their mother.

In April 2019, Rampal announced that his girlfriend, Gabriella Demetriades, is pregnant. Demetriades gave birth to a boy in July 2019.