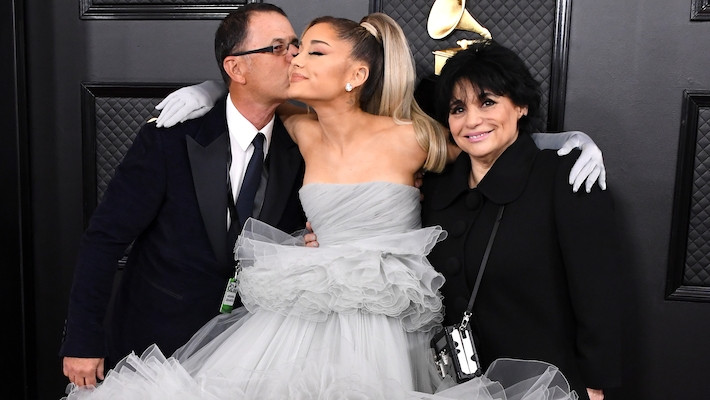 Let’s first acknowledge how foolish the Grammys were to deny Ariana Grande her vision in 2019, and nothing proved that more than her performance at this year’s ceremony. Moving from a sweeping ballad, “Imagine” — rightly predicted by fans based off a Twitter sheet music teaser — into her massive hit, “7 Rings,” and equally massive song, “Thank U, Next,” Ariana was both one of the most technically impressive and playfully emotional performances of the night.

But fans who were listening closely to the lyrics on “Thank U, Next” also noticed a slight change to the lyrics, one that acknowledges a change in Grande’s own relationship status. Instead of a nod to any of her famous exes, Ariana indicated that her dad is now a presence in her life, altering a kiss off line “Holding hands with my mama / I’ll be thanking my dad / ‘Cause she grew from the drama,” swapping out the final sentence for “because he’s pretty awesome.”

Grande’s dad accompanied her to the award show that night, along with her mother, Joan Grande. Back in 2014, Ariana noted that she had been estranged from her father since 2013. They reconnected last year, though, when she posted a Thanksgiving celebration photo with both parents present.Grande’s masterful album Thank U, Next wasn’t honored by the Grammys, but its impact on all of 2019 was felt regardless.