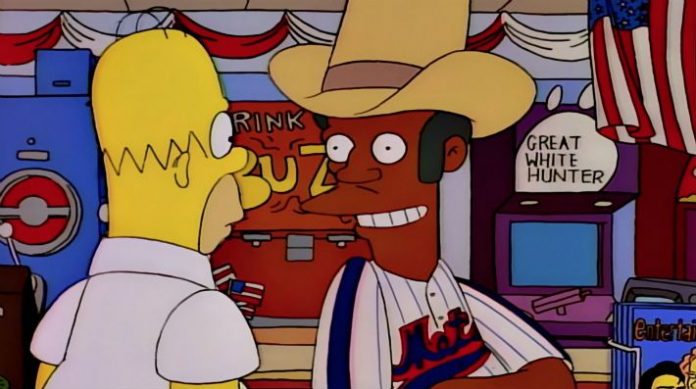 The controversy over Apu on The Simpsons is largely settled, as actor Hank Azaria will no longer voice the character. It’s still unclear if Apu will disappear from Springfield altogether, or if another voice actor will take over duties with the character, but we know for sure it won’t be Azaria.

But now the man behind dozens of Simpsons characters has spoken about his decision to step away from a role some criticized as an Indian-American stereotype, explaining that he never meant to offend anyone with his portrayal but has realized the character may be offensive to some.

Azaria spoke to the New York Times about the controversy, how he reacted to The Problem With Apu documentary and the “important issue” he’s learned about in the process of walking away, calling it a “blind spot” that he’s worked to fill in.

He said he had also drawn inspiration from the 1968 Blake Edwards comedy, “The Party,” in which Peter Sellers wore brownface to play a bumbling Indian actor. Azaria said that at the time, he had no idea so many viewers had come to regard Sellers’s performance as racist.

“That represents a real blind spot I had,” Azaria said with some disappointment. “There I am, joyfully basing a character on what was already considered quite upsetting.”

In the interview, Azaria said he weighed the criticism he received in later years and made the decision to stop voicing the character. He said upon watching comic Hari Kondabolu’s The Problem With Apu documentary he didn’t want to “knee-jerk drop” voicing the character but decided to do so after reading more criticism and attending seminars on racism and social consciousness.

Azaria stressed he never meant to offend people and the character was “done with love” but there were “negative consequences” in the real world.

“I love this show,” he said. “I have tremendous pride in doing the show. And the character of Apu was done with love and pride and the best of intentions. My message is, things can be done with really good intentions and have negative consequences.”

Being asked to consider other people’s feelings and adjust for them in his work, he said, was no punishment at all. “I got called out for this,” he said. “It’s not the end of the world.”

Azaria stressed that he’s trying to be “accountable” about his character’s impact on others and the perception that it was offensive.

“What happened with this character is a window into an important issue,” Azaria said. “It’s a good way to start the conversation. I can be accountable and try to make up for it as best I can.”

The actor will continue to work on the show, but his Apu days are officially behind him. The story also included a quote from Kondabolu reacting to Azaria’s comments on walking away from the role, and he praised the voice actor for seeing the “bigger picture” of the controversy.

“Whatever happens with the character, to me, is secondary,” Kondabolu said. “I’m happy that Hank did the work that a lot of people wouldn’t have. I feel like he’s a really thoughtful person and he got the bigger picture.”

[via The New York Times]