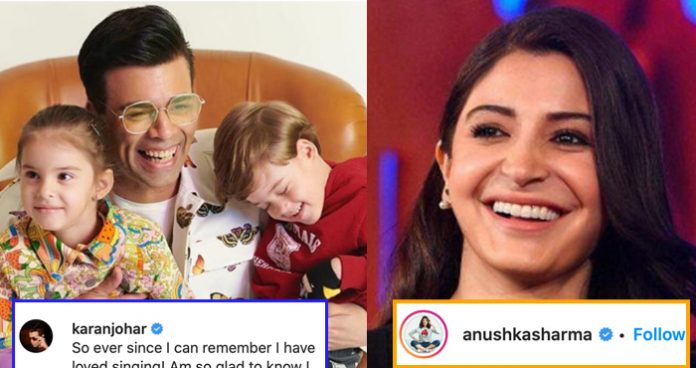 As the whole country is under lockdown people around the country are spending most of their time at home. Bollywood director and producer Karan Johar has been spending his time with his family during this quarantine period.

Karan Johar is enjoying his lockdown period with his two little munchkins. He has been sharing pictures and videos of his kids Roohi and Yash on his Instagram, which are making rounds on the internet.

In the video, Karan Johar asked his kids seen wearing peculiar yellow and black glasses while Roohi was wearing oversized yellow glasses, which left Karan Johar in splits. In the end, Karan Johar asked: “I think your dadda is stupid who has bought these glasses.”

“Glass game is NOT on!! So I have been told! #lockdownwiththejohars #toodles”

The video posted by Karan Johar soon went viral and was flooded with amazing reactions from fans. Fans are going gaga over the adorable munchkins of Karan Johar. However, the comment that garnered all the attention came from Bollywood actress Anushka Sharma.

“You should lock yourself up in your room”