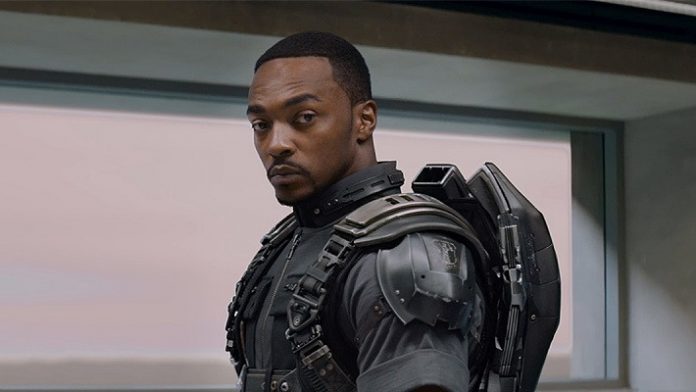 The Falcon and the Winter Soldier will be the first Marvel series to debut on Disney+. That means there’s a lot of pressure for it to be good, especially since it’ll be so heavily connected to the Marvel Cinematic Universe. While the series’ plot is largely being kept under wraps, the first teaser showcased Anthony Mackie swinging Captain America’s mighty shield. Speaking with ComicBook.com, the actor revealed how surprised he was that the footage was of him throwing the shield and not of his stunt double:

“I was surprised that they used me because you have a double, a dude that looks like you who’s like a gymnast and he does all this stuff. That’s when they’re like, ‘All right, Anthony, you do it.’ And I’m like, ‘Dude, you just saw what this dude did! How you gonna ask me to do that?’ So, I was surprised when I saw the Super Bowl trailer that they actually used me throwing the shield.”

The shield itself is made of the fictional Vibranium, which Black Panther’s home country of Wakanda has plenty of. While it’s unclear what material the shield is made of in real life, it’s still fairly heavy. Mackie spoke about how the heaviness of the shield weighed him down after a long day of shooting:

“That thing is heavy dude. That thing is like 12 pounds. So you’re standing there with 12 pounds on your arm all day after a while your shoulder just gives. So, we have some pretty cool shield throwing sequences.”

Mackie, who will next be seen in Season 2 of the Netflix series Altered Carbon, goes on to note that his stunt double did most of the heavy lifting when it came to action sequences. Whenever Mackie’s character, Sam Wilson/Falcon, would go to get “clobbered,” the film crew would call cut and the actor’s double would replace him. Considering how action-packed The Falcon and the Winter Soldier looks, the stunt double probably did a ton of work, so Mackie “got him a great wrap gift,” as one does.

The Falcon and the Winter Soldier will be available to stream on Disney+ in August.