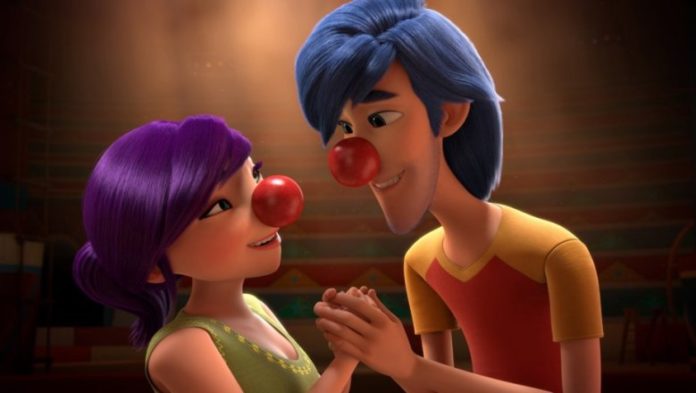 Animal Crackers has finally been released by Netflix. The streaming giant came to the aid of the film that has been shelved for the longest time. Co-writers Scott Christian Sava and Dean Lorey had written the script way back in 2010. The film was meant to premiere at the Annecy International Animated Film Festival in 2017 but didn’t see the light of day owing to the scandal involving Harvey Weinstein. Animal Crackers is the story of humans who turn into animals owing to magical crackers. 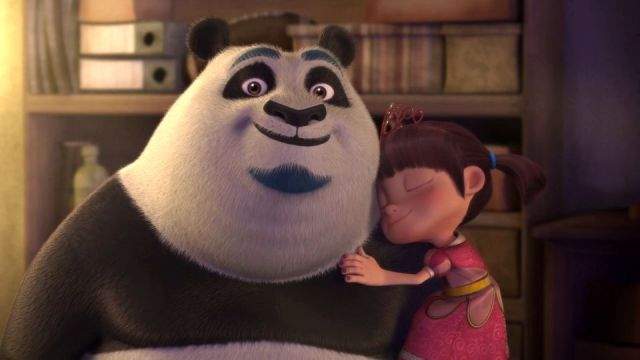 Animal Crackers has been directed by Tony Bancroft and Scott Christian. The film has been adapted from a graphic novel by Sava. The story is about human beings who are able to turn into any animal that they like provided they eat a cracker of that animal. The concept is simple but it takes time for the plot to progress to this information.

Set in 1962, the setting is of a circus family seeped in revenge and romance. The animation is not upto the mark which leaves a bad taste but the stellar voice cast do their best to live up to the expectations. A man is hell bent on saving his family circus with the help of some magic crackers. These crackers turn people into animals. 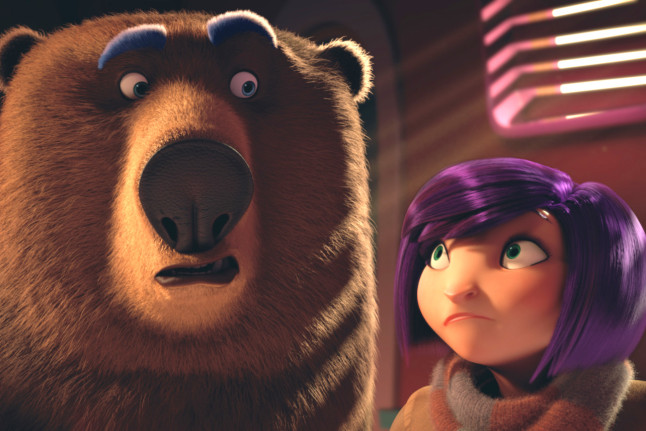 The characters are uni-dimensional with hardly any scope for villainous streaks. However there is an antagonist, There’s Horatio (Ian McKellen), and there’s the chill blue-haired Owen Huntington (John Krasinsky). Owen’s only priority is his family. Owen’s partner Zoe is voiced by Krasinsky’s real wife Emily Blunt. Blunt’s voice is calm and soothing, very apt for a maternal character.

The clown Chesterfield (Danny DeVito) and Mario Henchman (Gilbert Gottfried) are only able to talk in third-person. A very fascinating story filled with intrigue but the dialogues and the struggle to associate with humor takes a toll. On the whole we aren’t very pleased with the visuals and for an animated film, the visuals matter the most.

Owen realizes that he has lost his human cookie which means that he will be stuck in the skin of an animal forever. Zoe is unable to accept this change but hopes that Owen will be able to adjust in his new life.

Woodley’s employee Binkley has been trying to find a dog biscuit and comes across the magical crackers. She convinces Mr. Woodley to return to the circus to meet his family. Days turn into weeks but Owen is unable to find the perfect animal whose life he can slip into. His relationship with his family begins to take a toll.

One night during a performance, Horatio returns with Owen’s human cookie and tries to make a deal. He will give Owen the cookie as long as he in return gives Horatio the circus. Owen refuses and just wants his family to be together. Horatio is not ready to take no for an answer and forces Owen to agree with the help of his henchmen. 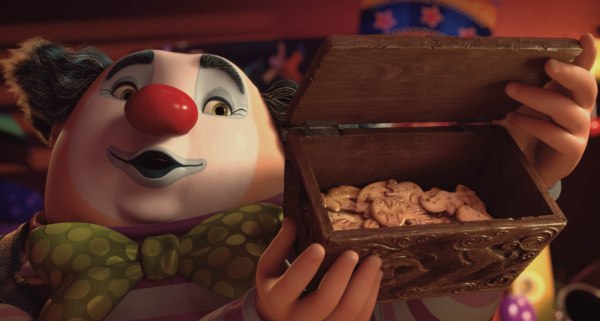 The circus performers discover Horatio’s presence and work in unison to get rid of him. Horatio is dissatisfied with the manner in which they use the animal crackers and eats the remaining broken bits turning himself into a chimera.

Old Blue and Zena reveal that in reality they are Bob and Talia. They were able to escape the fire but not their human cookies which made them animals forever. They tell Horatio to bring his evil deeds to a halt. Horatio refuses and flies into the air with them.

Owen, Zoe and Mackenzie work together to save Bob and Talia and capture Horatio and his henchmen, with Owen turning the former into a hamster as punishment. Mr. Woodley, who saw the performance, reevaluates his views on the circus and allows Owen and Zoe to continue working there. Owen and Zoe have a settled happy life at the circus. Owen returns to the stage as his new transformation, a dragon.