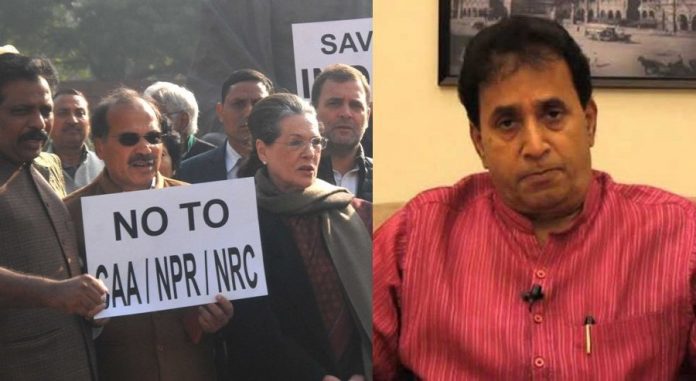 The Maharashtra government is exploring legal options not to implement the National Population Register (NPR) in the state. State’s home minister Anil Deshmukh said that the government is checking with the legal department as to how it can avoid issuing notification for NPR that is supposed to be conducted along with the Census in May-June.

He said that he has also been making repeated requests to the Anti-CAA agitators to call off their protests as NPR and National Register of Citizens (NRC) will not be implemented in the state. The State Home Minister said that none in Maharsharta will be harassed over their “citizenship status.”

Anil Deshmukh made it clear that the state government does not want to implement both NPR and NRC in the state. On being asked whether a notification regarding NPR would be issued, Deshmukh said that the government was yet to make its final decision.

NPR is a part of the Census and was earlier prepared between 2010-2011 in Maharashtra along with entire India when the Congress government was in power. On the other hand, the union government has already clarified that there is no plan to implement NRC at the moment in the country.

Read- “NPR is the first step to NRC”: Congress, not Home Minister Amit Shah, said it first back in 2011

Anil Deshmukh is a member of the Nationalist Congress Party (NCP) that is allied to the Congress and the Shiv Sena in the Maha Vikas Aghadi government. Shiv Sena Supremo Uddhav Thackeray had earlier supported the Citizenship Amendment Act (CAA) but voiced its opposition to both NRC and NPR. The Congress has, however, vehemently opposed the CAA ever since it was passed by the Parliament.

This confusion stems from a lack of ideological similarity in the coalition government. Despite the common greed for power, the contradiction in each party’s stance in the Maha Vikas Aghadi is stark. On Friday, Shiv Sena had dumped its ally, Congress, and backed its opponent Aam Aadmi Party (AAP) for the Delhi Assembly elections held on January 8.