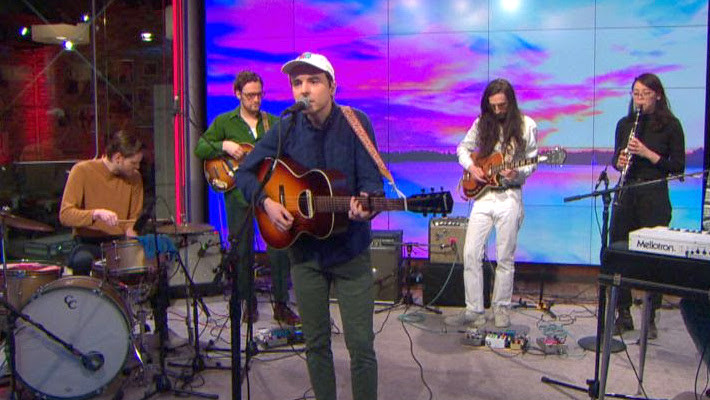 Canadian songwriter Andy Shauf released his album The Neon Skyline last week and celebrated the new record with his daytime television debut. The singer gathered his six-piece band to give a taste of his newly-released record with a three-song performance of “Things I Do,” “Try Again,” and “Neon Skyline” on CBS This Morning.

Shauf’s performance marks his first television appearance since his performance on The Late Late Show with James Corden in 2017. Though his performance was in a studio, Shauf’s earnest voice and stage presence managed to craft an intimate feel.

In an interview with Uproxx, Shauf spoke about his songwriting process on The Neon Skyline, saying he wrote over 50 songs for the record before choosing a final eleven. “That was just a result of doing it the way I did, where I didn’t know what was going to happen,” Shauf said. “I would write a batch where one main point has to happen, and then write four songs in that direction, and then be like, ‘Oh, that’s terrible.’ Then those songs are scrapped and I have to write four more.”

Watch Andy Shauf and his band perform “Things I Do,” “Try Again,” and “Neon Skyline” on CBS This Morning above.

The Neon Skyline is out now via ANTI-/Arts & Crafts. Get it here.