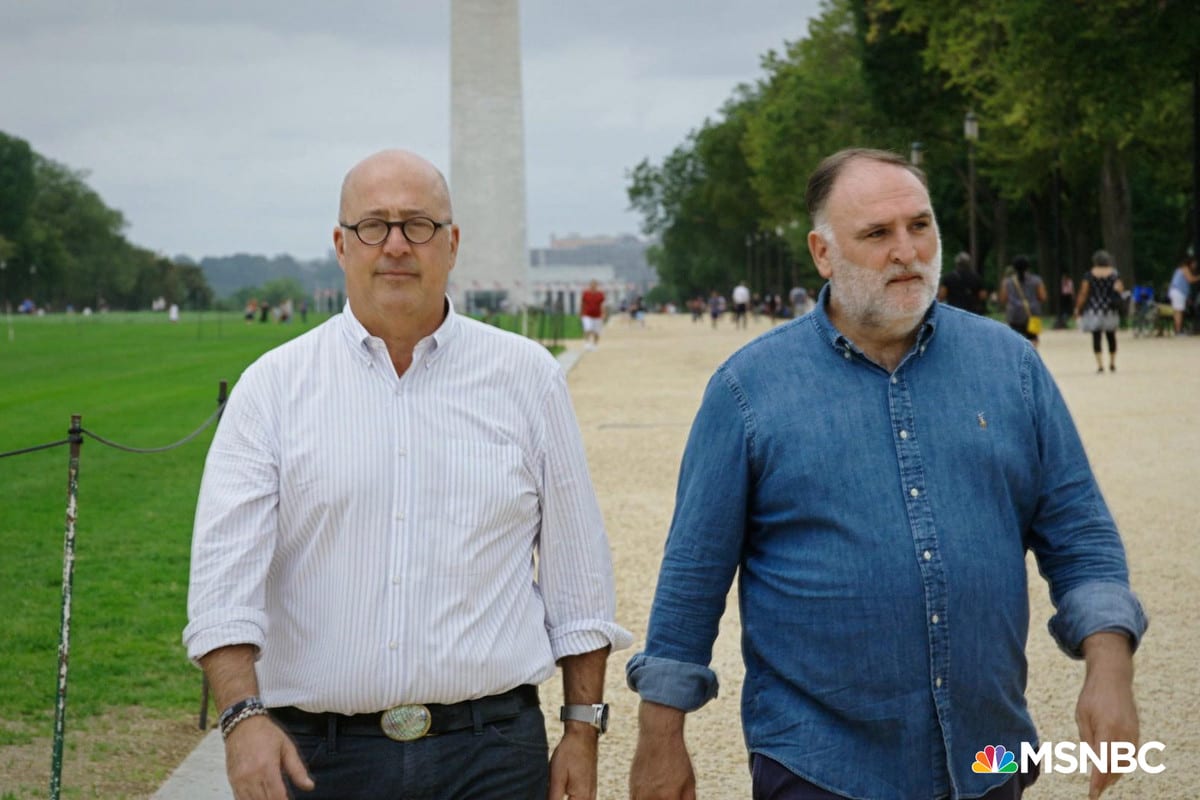 Food extraordinaire and four-time James Beard-winning chef and restaurateur Andrew Zimmern is coming back to the screen but with a different view on his expertise of food. Well known for his infamous cockroach crunchin’ Travel Channel series Bizarre Foods, Zimmern is taking a different approach to the food. Instead of the usual tarantula and worms, he is now taking a more serious approach with food.

Zimmern took to Instagram to announce his new food show that will be airing on a place you would never expect a food show to air and that is on the news and politics channel MSNBC. This new food show special is called “What’s Eating America” and will explore social and political topics through the lens of food.

“What’s Eating America” is a five-episode series that goes in-depth on serious issues that affect America each and every day. In each episode, Andrew Zimmern travels around the world to explore these topics and address them through food. This series will cover immigration, climate change, addiction, voting rights, and healthcare and the imprint those issues have on America.

As someone who adores food and can take down more than their body weight but not a big fan of bringing up those political issues in the conversation, this is surprising and confusing to me at the same time. Having a show that discusses these issues that everyone has an opinion about in America seems like a hard thing to do while adding food to the mixture. How will America react to what Zimmern has to say?

All five of those issues are conversational topics that pop up in the media day today whether it be Facebook, Twitter or your daily news. These are issues that have people in feuds on whose opinion is right or wrong, but will this show have people responding or thinking differently?

The one thing that is concerning is whether Zimmern will do this idea of a show justice. I hope Zimmern goes into depth about these topics and how they may be affecting whichever state, city, or town his visits in his episodes.

Honestly, this sounds like a brilliant way to put a perspective on the political issues of our time. The question remains, however, how would you use food to talk about things like voting rights or addiction?

As someone who doesn’t like discussing these things with others, I’m actually really excited to see what he’s going to bring to the table and how he’s going to present information through food. I can’t wait to see this series and its take on these social and political issues, let’s just hope the food will do it justice.

Tune into MSNBC Sunday, Feb. 16 at 8 p.m. for the premiere of the first episode of “What’s Eating America”.