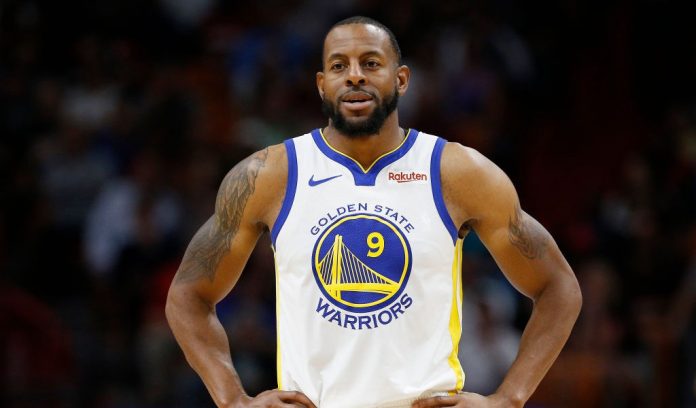 Andre Iguodala is finally getting his move from Memphis. According to Shams Charania of The Athletic, the Grizzlies and the Miami Heat are deep into talks that would send Iguodala to South Beach, ending what has been a bizarre situation between the former NBA Finals MVP and the team that acquired him this offseason.

As Chris Haynes of Yahoo Sports laid out, the Los Angeles Lakers, a frequently mentioned potential Iguodala destination, tried a “Hail Mary” attempt to get him on board, but that did not come to fruition.

Yahoo Sources. The Los Angeles Lakers have ventured down all avenues — including a last Hail Mary attempt — to seek a path to Andre Iguodala, but it is becoming apparent that Miami has Memphis’ attention right now.

Shams later broke word that Iguodala was indeed headed to Miami, with Adrian Wojnarowski reporting he was not just going for this year, but inking a two-year, $30 million extension with the Heat.

Memphis is finalizing sending Andre Iguodala to Miami, league sources tell @TheAthleticNBA @Stadium. Iguodala is believed to be prepared to play for the Heat.

The Grizzlies acquired Iguodala over the summer as a way to facilitate the Golden State Warriors’ trade that sent Kevin Durant to Brooklyn and D’Angelo Russell to the Bay Area. Almost immediately, rumblings popped up that Iggy was not going to suit up for the franchise, and word came out that an agreement was reached: Iguodala would stay at home while Memphis worked to find him a home on a team that could satiate his desire to compete for a ring and avoid buying him out.

A funny thing ended up happening, though, as the Grizzlies turned into a playoff team around their exciting young core. And in recent days, tensions seemed to flare up as some of Iggy’s younger teammates did not hold back their thoughts on his decision to stay at home. It got to the point that even Steph Curry decided to chime in with a defense of his former teammate. Now, Iguodala has a new home in South Beach, where he’ll join a really good Heat squad that hopes to make a run in the Eastern Conference, but sadly, will not face the young Grizzlies again this season.