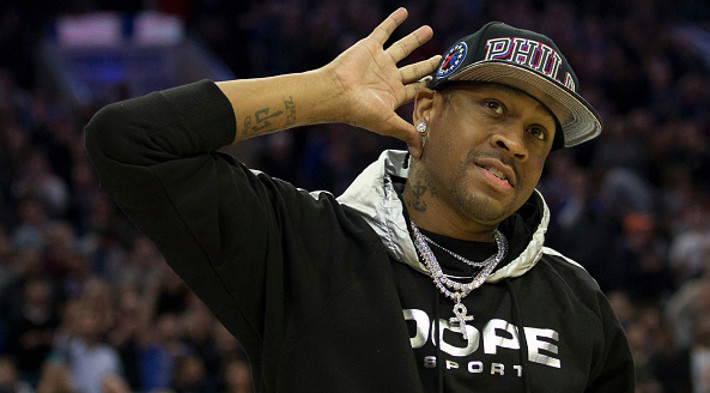 Throughout the course of NBA history, there are those rare talents who come along and change everything, and in the process, come to define their generation. In many ways, Allen Iverson was that star for his generation, both on and off the court. But with change comes plenty of resistance.

Iverson was unapologetic about his style during a time when rampant negative stereotypes surrounded black fashion in the 1990s. And when it came to his clothing style, in general, he was way ahead of his time and a precursor to the high fashion we see among athletes today, specifically NBA players.

In a recent interview with The Players’ Tribune, Iverson talked about his legacy in the NBA, and why he felt it was important for him to reflect his background and his upbringing in the way he presented himself to the world once he became famous, in full knowledge of the stigma that would come with it and the fallout he’d inevitably endure.

I took the ass whooping for guys to be WHO THEY REALLY ARE! These stories are straight out the vault. Straight up. This the real me!!! @playerstribune

“I took the ass whooping for guys to be who they really are,” Iverson said. “I’ve made a billion mistakes. I’ve done things right a billion times. I’m human, and that’s that. I don’t read no comments. I got too much to live for, too much love around me.”

Iverson’s impact on the league, both on and off the court, is something that will only continue to crystallize as time goes on.