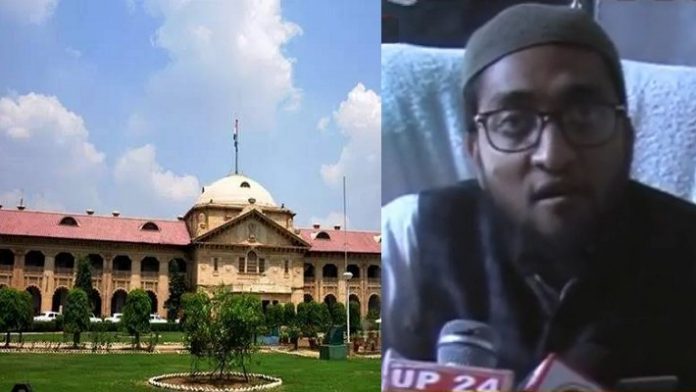 The Allahabad High Court dismissed a petition seeking permission to stage protests against the Citizenship Amendment Act (CAA) and National Register of Citizens (NRC) in Firozabad. The judges comprising of Justice Bharati Sapru and Justice Piyush Agrawal observed “It is not in the national interest to give any relief to the petitioner at all. If the petitioner is a citizen of India, he must maintain peace at any costs. Hence, we are not inclined to interfere in the matter”. The judges also observed that the writ petition had no merit so it was dismissed.

Mohammed Furquan of Firozabad, district president of AIMIM (All India Majlis-e-Ittehadul Muslimeen), had moved an application to organize a protest against CAA and NRC near Hussaini Mohalla ground in Firozabad. The district administration had denied him the permission, after which he had approached the police, but The SHO of Rasulpur police station had also declined to give permission, citing communal peace being affected and prohibitory orders being followed over section 144.

The police had also said that Hussaini Mohalla is a communally sensitive area, hence such protests can’t be allowed in the area. After facing setback from police, Furquan had approached the Allahabad High Court challenging the police order. He had contended that blanket ban on all protests is a violation of Article 19 of the constitution, he had also claimed peaceful protests are going on all over the country.

The State counsel had opposed the petition, saying that violence during anti-CAA protests in December last year had caused massive damage of public property in the state. Accordingly, the court dismissed the petition saying it will not be in national interest to allow the protests to be held.

In the aftermath of the passage of the Citizenship Amendment Act (CAA), several incidents of riots, violence, arson and vandalism by Muslim mobs in the name of ‘protests’ against the enactment of the law have taken place across the country.

In Uttar Pradesh’s Firozabad violent mobs targetted police officials during the anti-Citizenship Amendment Act protest. A police post was also damaged and three vehicles were torched by an unruly mob, following which the police used tear gas to control the situation.