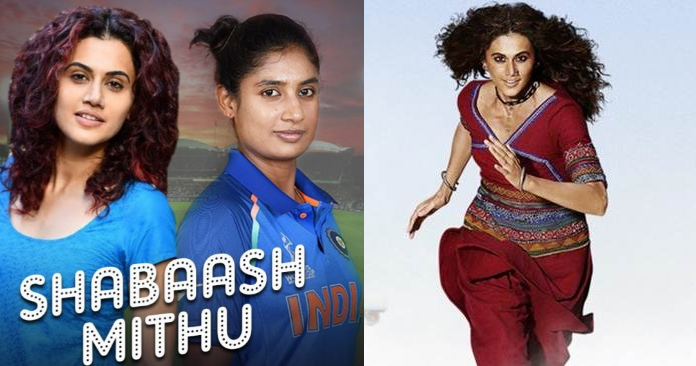 Hey Readers! Welcome back to Desi Humor. Bollywood has now been more centered towards female actresses. We have seen a lot many female dominating movies. Women are no more considered a beauty doll rather they have set high standards for themselves. The audience is also keen to see more of female talents onscreen and heartily appreciate the efforts. The previous years witnessed various female dominating films like Manikarnika, Mardaani, Panga, Raazi, Highway and many more. Also, in regular movies, the acting standards of female stars have raised a lot and they leave no complaints in any case.

Tapsee has been one of these popular names. The engineer turned Bollywood actress has marked her presence in the industry. She is the proof no nepotism can overpower talent. When Tapsee has already marked good movie records in the industry and now is all set to take over the new year.

Here is a list of all the movies that are to be screened on the box office featuring Tapsee Pannu.

Thappad is a story about women’s self-respect. When there were certain obligations from the critics and viewers on a Bollywood movie that showed love and aggression towards the female partner, thappad is expected to be a reply. Thappad is about a woman who stands against a slap by her husband at a party. This is about real feminism and standing for women’s rights.

Rashmi Rocket is not about a space project or something but is a story of an athlete. The story of the film revolves around a sportswoman from Gujarat. Tapsee is in the lead. Everyone is excited and waiting for its trailer launch to know more about the story.

As 2020 is known to be the era of biopics, how can Tapsee stay behind? She is working on the biopic of the popular cricketer Mithali Raj. Mithali is the most run-scorer in international cricket. She made various records through her skills and now we look forward to what records Tapsee smashes with her story.

This will add a golden wing to Tapsee’s cap. She is about to play a very different role in the movie. No further revelations are made about the role though but these statements have already raised viewers’ expectations from Tapsee. We wish she does absolute justice to it.

The name itself sounds women-centered. This movie is expected to release by 5 December 2020. It’s director Anurag Kashyap is already a well-known name in the industry and this duo is expected to make an incredible collection on the box office. The movie is starring Tapsee Pannu and Bhumi Pednekar in the lead roles. Though there are various difficulties and budget issues with it, we hope it comes out to be fruitful.

This film will display a sweet and salty mix of romance and comedy around the beautiful and scenic beauty of Goa. It is a remake of a Malayalam movie ‘Salt and Pepper’. The movie is expected to release on 19th December 2020. This may be a bang closure to a wonderful year in Tapsee’s career.