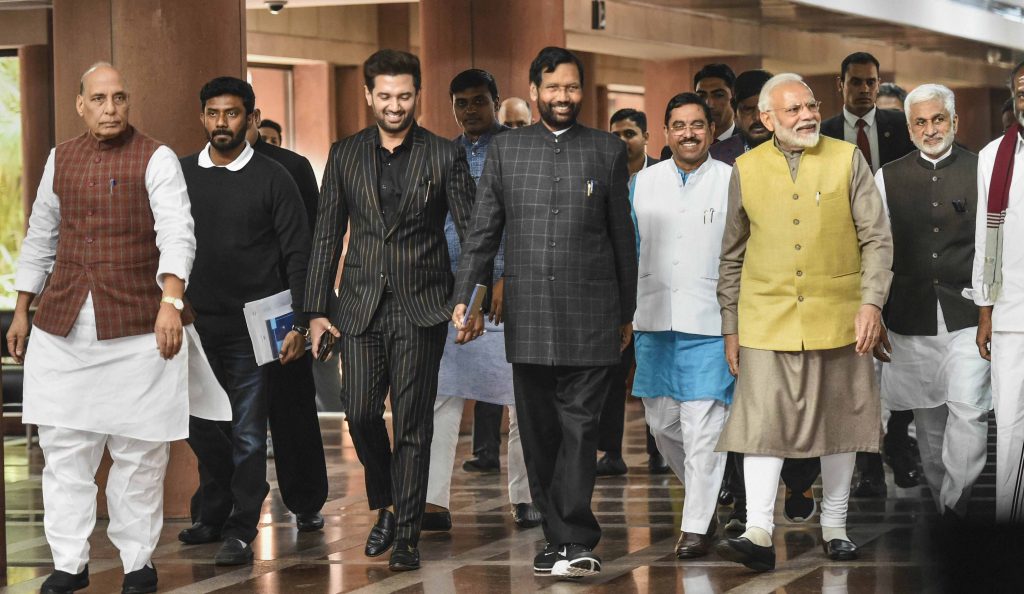 New Delhi: The Opposition raised Thursday the issue of anti-CAA protests at an all party meeting and accused the government of ‘arrogance’ in not reaching out to protestors, even as Prime Minister Narendra Modi asserted his dispensation is open to discuss all matters in Parliament’s budget session beginning Friday.

Modi also called for a ‘greater focus’ on economic issues in the session and how India can gain in the prevailing global situation, Parliamentary Affairs Minister Pralhad Joshi told reporters after the meeting, attended by 26 parties.

The opposition parties raised a host of issues including the nationwide protests against the Citizenship (Amendment) Act, ‘worsening’ economic situation and ‘rising’ unemployment. They also demanded the release of detained political figures in Jammu and Kashmir including former Chief Minister Farooq Abdullah so that he could attend the session from Friday.

Anand Sharma of the Congress said that the issue of some ‘incendiary’ statements made by BJP leaders during the Delhi poll campaign was also raised and Modi was asked to intervene in the matter.

Joshi said the prime minister told the leaders that parties should not confine themselves to mere ‘charcha’ (debate) but should have rich and structured discussion on every issue.

In his concluding remarks, Modi welcomed the suggestions of most members that the session should focus on the prevailing economic situation in the country, an official statement later said.

“Most of the members have asked for discussion on the economic situation concerning the country. I welcome this and we need to discuss the economic issues as suggested by you all. We should focus on how we can turn the global scenario in favour of India,” Modi said according to a statement released after the meeting.

“In this budget session and in the beginning of the new year, if we can give a proper direction to the country’s economy, it would be in the best interest of the country,” Modi added.

Referring to various other issues raised by opposition parties, Modi said there should be an open discussion on all. He asked the leaders at the meeting to see to it that they contribute to increasing the productivity of the session and Parliament.

The BJP has accused the Congress and other opposition parties of inciting protests and violence against the law which, the ruling party has asserted, does not affect the citizenship of any Indian.

In his remarks, Congress leader Ghulam Nabi Azad said Parliament’s sessions have been shortened gradually by the government. He said opposition parties are willing to back the government on its legislative agenda if it is in national and public interest. He then accused the government of focussing merely on the passage of its bills and spoke about the nation-wide protests against the CAA, according to the statement.

Joshi rejected the charge that the government has been reducing the duration of sessions and noted that opposition parties have often opposed the move to extend sessions.

The government’s legislation agenda for the budget session has 45 bills, including seven financial items and two ordinances, Joshi said.

The budget session will conclude April 3 with a recess in between. The budget will be presented Saturday.