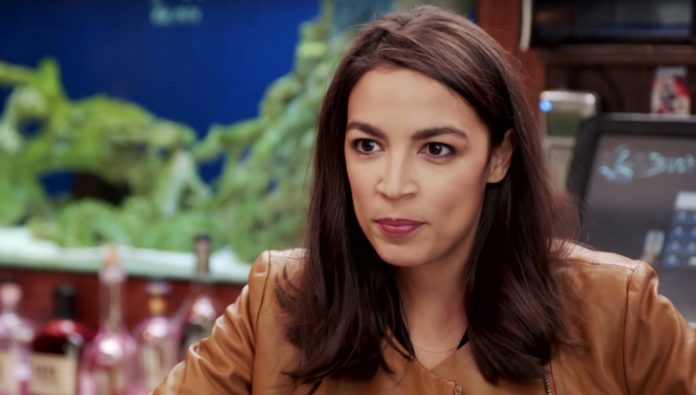 Before she became the youngest woman ever elected to Congress, Rep. Alexandria Ocasio-Cortez (D-N.Y.) worked in bars and restaurants, something her opponents love to bring up, as if “bartender” is an insult. It’s not. It’s how millions of Americans get by, and during Thursday’s episode of Desus & Mero, AOC addressed the GOP’s constant attempts at undermining her intelligence by telling her to go back to bartending.

“It’s not an insult to me and I feel like people are always clowning themselves when they say that, because it’s like, OK, so you think every person you represent as a bartender, a waitress, a working person ― what, that they can’t do this job?” she said. “Let me tell you, I work with some of these people. And they are not smarter than a bartender.”

During her tour of the Bronx, Ocasio-Cortez (who brought fellow New Yorker Bernie Sanders to her district last year) and hosts Desus Nice and The Kid Mero also ordered a bacon, egg, and cheese sandwich from a bodega (“I don’t know how anybody eats in Washington D.C.,” she said about the capital’s lack of bodegas, “which probably explains why everyone’s always fighting all the time”) and enjoyed some delicious looking tacos. She needed something to eat after drinking too many “GOP tears.”

The haters told me to go back to bartending, so I did!????

Now I can serve the people in Congress *and* from behind a bar. In Timbs. With a floater of GOP tears. ????