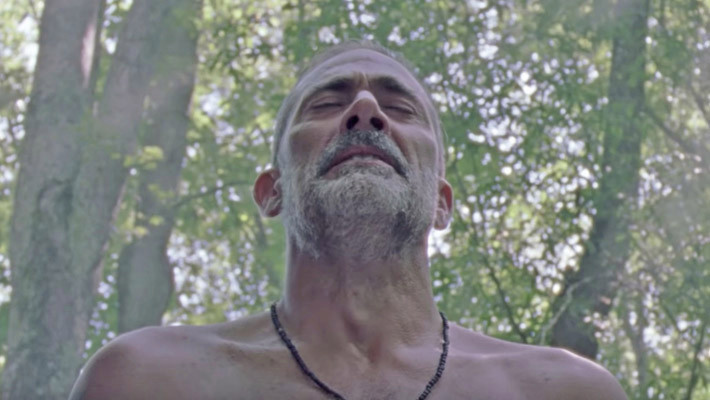 It looks like Alexandria has a new ally in the upcoming war with The Whisperers, and it’s a Whisperer herself. Gamma — a character created for the television series played by Thora Birch — has apparently switched sides, according to the latest trailer for the midseason premiere of The Walking Dead.

Recall that the last time we saw Gamma, she’d just found out that Alpha’s daughter, Lydia, was still alive, which threw Gamma’s faith in The Whisperer cause in doubt. The work that Aaron had been doing to gain her trust apparently paid off (despite Carol’s reckless decision to use Lydia), because in the trailer, it’s Gamma helping Gabriel gameplan for retrieving Daryl and the others from Alpha’s cave, where they are currently surrounded by zombies.

Meanwhile, the trailer also offers a few glimpses of Michonne in her new environs, including what appears to be a naval ship. Will that be transporting her toward Rick Grimes? Elsewhere, Rosita — who may also be ending her run this season — appears to kiss Eugene, while a terrifying Whisperer (likely Alpha) also puts her baby in danger in another sequence. It’s brief, but at one point, Ezekiel — who is dying of cancer — seems to be making a romantic overture toward Carol, and the Negan scenes hint at an iconic moment in the comics.

The back half of the tenth season of The Walking Dead premieres on February 23rd. It can’t come soon enough.