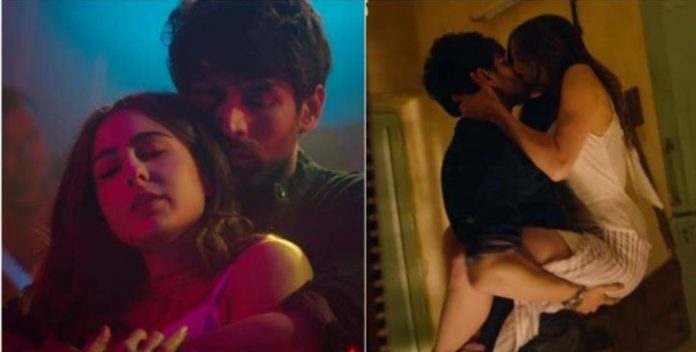 Love Aaj Kal, one of the most awaited movies of this year staring Kartik Aaryan and Sara Ali Khan in the lead roles is all set to hit the theatre on 14th February, i.e on Valentine’s day. The movie is directed by ace storyteller Imtiaz Ali and is the remake of 2009’s movie of the same name, which featured Saif Ali Khan and Deepika Padukone in the lead roles.

Kartik and Sara are ruling the hearts of their fans with their adorable chemistry off-screen via their social media updates and PDA. Now fans are eagerly waiting to see Sara Ali Khan and Kartik Aaryan’s chemistry on-screen with this movie.

While the fans are as excited as they could get, the Central Board of Film Certification (CBFC) has decided to cut and modify a few scenes of the film. Imtiaz Ali’s directorial Love Aaj Kal has got the U/A certificate but still, an intimate scene between Sara Ali Khan and Kartik Aryan in the movie has been cut short.

Furthermore, as per the censored list, some abusive words like f*ck or f*cking have been muted throughout the film. Another word that has been altered is “haramz**don” which has been replaced with “saale, besharmo”.

Another scene that has been altered is a kissing scene at the beginning of the movie that has been “reduced to flash”, while another intimate scene has been modified and cut short. Besides this, the censor board has also blurred the visuals of cleavage, appearing after the intimate scene. 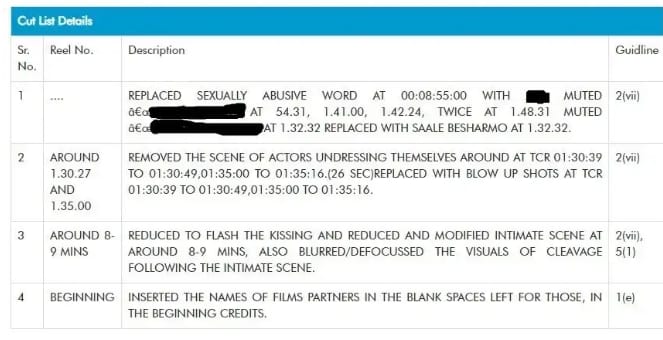 Love Aaj Kal is Kartik and Sara’s first movie together. The chemistry between #Sartik as their fans fondly calls the pair, brewed during the shoot of this movie. While the fans are going gaga over their relationship, but Sara and Kartik did not respond about the rumour yet.