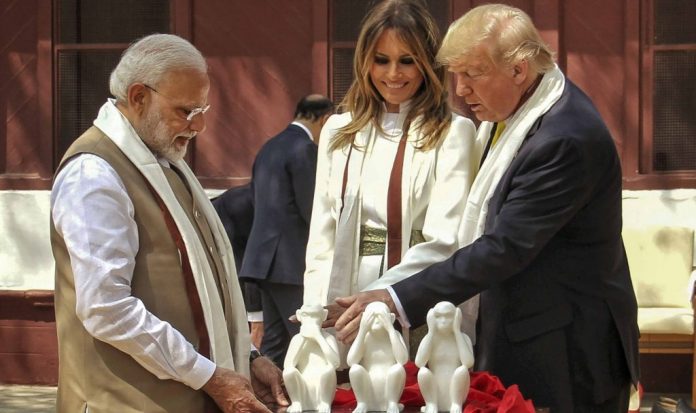 Washington: President Donald Trump’s just-concluded maiden official visit to India demonstrates the value Washington places on its ties with New Delhi, the US Secretary of State Mike Pompeo has said. He has underlined the shared interests and traditions that unite the world’s two biggest democracies.

President Trump and his family visited India from February 24 to 25 at the invitation of Prime Minister Narendra Modi. The US president was accompanied by top brass of his administration, including national security advisor Robert O’Brien.

Trump described the relationship of the US with India as ‘extraordinary’ and said a lot of progress was made in the bilateral ties during his maiden official visit to the ‘incredible country’.

“Trump’s first official trip to India this week demonstrates the value the US places on the US-India partnership,” Pompeo said in a tweet Thursday.

“Democratic traditions unite us, shared interests bond us, and under the President’s leadership our partnership has and will only grow stronger. As we deepen our partnership with India, we remember that our two countries have always been united by shared traditions of democracy and constitutions that protect freedom, individual rights, and the rule of law,” Pompeo re-tweeted a statement made by the White House.

In a series of tweets, Acting Secretary of State for South and Central Asia Alice G Wells said that ‘excellent progress’ was made during the presidential visit to India. “Excellent progress made this week in US India partnership,” she said.

As the president announced, the US concluded over USD 3 billion in defence sales to provide America’s finest military helicopters to the Indian Armed Forces.

“We’re proud to be India’s premier defence partner. Together, we defend our sovereignty and protect a free and open Indo-Pacific region for both our people,” Wells said. “People-to-people ties between the two countries were stronger than ever,” she asserted.