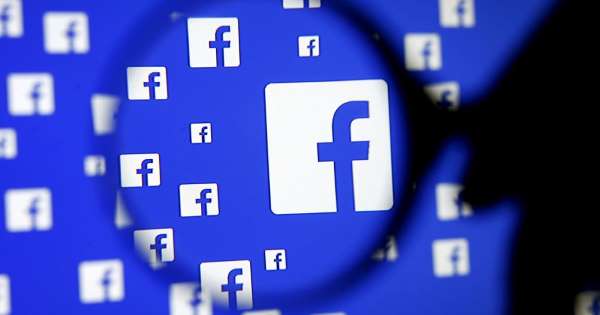 I’ve said it since January 1, and I will continue to say it again — this year is the year of accountability against the world’s most powerful technology conglomerates. And Wednesday’s lawsuit filed by the IRS against Facebook is more proof.

For those waking up to this surprise, this has been a long-running dispute between Facebook and the IRS, dating back to as early as November 2011, which has now finally found its way into court 9 years later.

In its lawsuit filed in a San Francisco court, the IRS named the social media giant in a $9 billion tax lawsuit, alleging that the company owes more than $9 billion linked to offshore accounts in Ireland, where the company’s international headquarters are located.

The amount sought equates to about 20% of Facebook’s total cash reserve of approximately $55 billion at the end of 2019, as reported by Business Insider. The company serves as the world’s second-biggest seller of online ads after Google’s parent, Alphabet, Inc. Facebook’s monthly users increased 8%, surprisingly, given its continuous failures with respect to regulating user-data, growing to 2.5 billion users in the fourth quarter, as reported by The New York Times.

Throughout the dispute, the IRS has argued that Facebook has essentially “dodged” its duty to fork over funds associated with structured transactions to its overseas subsidiaries. With its international headquarters in Dublin, Facebook’s Dublin office holds profits from the company’s overseas subsidiaries, which according to the IRS, believes Facebook has purposely done to minimize its U.S. tax liability.

Of course, Ireland has lower corporate tax rates than the U.S., which is one reason why Facebook found its move to be extremely attractive. However, under the arrangement, Facebook’s subsidiaries pay royalties to their U.S.-based parent which grants them access to its intellectual property and associated technologies.

From 2010-2016, Facebook (Ireland) paid its U.S. parent more than $14 billion in royalties and cost-sharing payments, according to the court-filing. However, the IRS said the amount could actually be as high as $21 billion. Yikes.

It’s highly unlikely that Facebook would lose everything, but it would definitely be a huge wound to the company’s profit and entire tax infrastructure.

With the U.S.’ biggest regulatory tax agency going after the world’s largest social media company, the consequences resulting from this upcoming trial could be catastrophic for Silicon Valley. The upcoming trial represents nine long years of auditing Facebook in hopes of determining whether more of the company’s profits should have been taxed at a higher rate, rather than “evading” to Ireland.

Additionally, if the IRS is successful, this would be one of the largest penalties ever assessed by the IRS, not to mention the government taking its power back in holding some of the world’s largest corporate giants accountable for shifting profits to lower-taxed countries.

With the trial likely to begin this week in San Francisco, it is expected to go for at least three to four weeks, with top executives including Andrew Bosworth, Facebook’s hardware chief, and Mike Schroepfer, Facebook’s Chief Technology Officer being called to the stand to testify. However, the company’s CEO, Mark Zuckerberg and Sheryl Sandberg, the company’s chief operating officer will not be testifying in the case.

According to documents the company filed back in January, the witness list includes its Chief Revenue Officer, David Fischer.