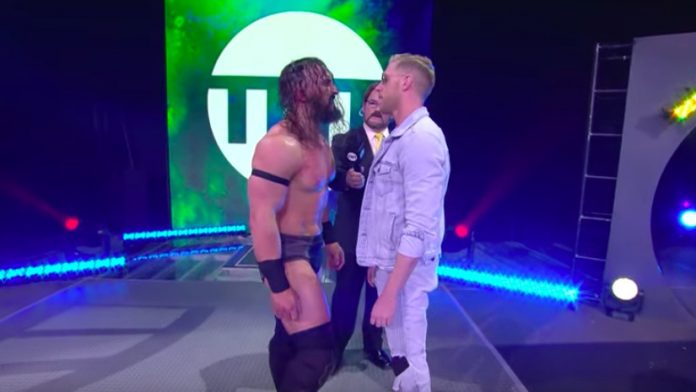 This week on the Wednesday Night Wars, AEW Dynamite featured a thirty-minute Iron Man match between Kenny Omega and Pac and WWE NXT was main-evented by Charlotte Flair vs. Bianca Belair. This week in the Wednesday night ratings, both shows lost viewers, but AEW came out on top with every demographic.

Since 2020 began, two consistent trends have been (1) neither AEW or NXT has drawn one million or more viewers on Wednesday nights, and (2) Dynamite has had higher viewership. Both of those patterns continued on February 26, when AEW drew, according to ShowBuzz Daily, 865,000 viewers and WWE drew 717,000. These were the smallest live audiences for both shows this month, though not their lowest since they started airing on cable, or of this year.

On the ratings side of things, AEW, as usual, came out on top, ranking ninth out of all cable shows in its timeslot, with an 0.30 rating. NXT was ranked seventeenth and scored and 0.23.

One way NXT has typically been more popular with the Wednesday night live audience than AEW is with viewers over the age of 50, but this week that wasn’t the case. NXT was still more popular with that demographic than with any other group of people, but it rated 0.34 while AEW scored an 0.36. AEW was most popular, as always, with men between the ages of 18-49 and rated 0.40 with them this week.

Will the ratings “war” ever get more exciting, or will these trends continue until enough people stop reading Wednesday night ratings articles for us to keep writing them? We may or may not fight out next week!