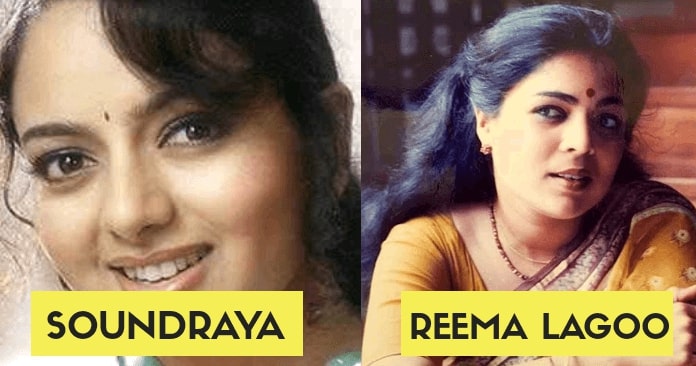 Bollywood is often criticized for making films that show the journey of a hero and his heroic works. Actresses have nothing much to do but to play the love interest of the hero earlier but time has chaned niw. However, some actresses have broken the boundaries of typical Bollywood actresses’ roles and have created a long-lasting impact in the Bollywood industry.

Here, we prepared a list of actresses who got success at an early age and when they died, they left a huge wealth for their family. These actresses have ruled the Bollywood industry by portraying a number of iconic characters in the movies and hardly ever forgotten by their fans.
In the glamorous world of Bollywood, there are many actresses who suffer sudden demise.

Divya Bharti died when she was just 19 years old

One of the most successful Bollywood Diva Divya Bharti died at a very early age of 19. When Divya Bharti died in an accident, she was considered as one of the most successful Bollywood actresses with a number of film contracts. As per the sources, she had left a huge chunk of property and wealth worth of almost 70 crores for her acquaintances in the year 1993.

Sridevi was the first female superstar, died at the age of 54

It has been two years since Sridevi died now. Yet, fans are praising for her notable works in various movies she appeared. She has given many super hit films to the Bollywood Industry throughout her career. She first appeared in the film as a child artist when she was only 4. She continued to work in Bollywood films and many other regional cinemas until she died in 2018.

She married to film producer Boney Kapoor, and after her death, her property amounting to 247 crores was distributed between her two daughters Jhanvi Kapoor and Khushi Kapoor. She received a whole day telecast and media attention even after her death, and her funeral was attended by all the famous names of Bollywood.

Saundarya died in a plane crash leaving behind a huge wealth

Saundarya became famous by playing the female lead in Sooryavansham opposite Amitabh Bachchan back in 1999. Sadly, she died in a plane crash 5 years after her movie Sooryavansham. It is reported that when she died in 2004, she left behind the property and assets worth 50 crores for her family and acquaintances.

Reema Lagoo, the mother of Bollywood died in 2017 from a heart attack

Reema Lagoo is one of the versatile actresses who have been perfect for various types of character roles. She died in 2017 due to a heart attack. In the long Bollywood career, she has been a part of various big superhit and blockbuster films. As per the sources, Reema Lagoo has left behind the assets worth 15-20 crores that have been distributed among her family members.

Jiyah Khan killed herself, leaving behind the assets worth 10-15 crores for her family

At the age of 19, the shining actress, Jiah Khan killed herself and end her successful journey in Bollywood Industry. At her very early age, she got very successful with her film choices like Nishabd starring opposite Amitabh Bachchan, Houseful starring opposite Akshay Kumar, and an important character in Aamir Khan’s Gajani.

It is reported that she killed herself after the betrayal from her boyfriend. According to the facts gathered up by Bollywood media, her net assets worth approx. 10-15 crores that were then handed over to her family members.

A lot of Bollywood celebs who know Jiyah a little better had mourn over her decision to kill herself. Amitabh Bachchan had tweeted “Jiyah is a very Joyful Girl and he is very shocked by her decision to go this way to end her life over such reasons.” Amitabh Bachchan worked with Jiyah in the movie Nishabd which was based on a controversial love affair between a aged men and a young girl.

We are equally saddened by the loss of the famous stars and they will be remembered for a long time due to their noticable work.