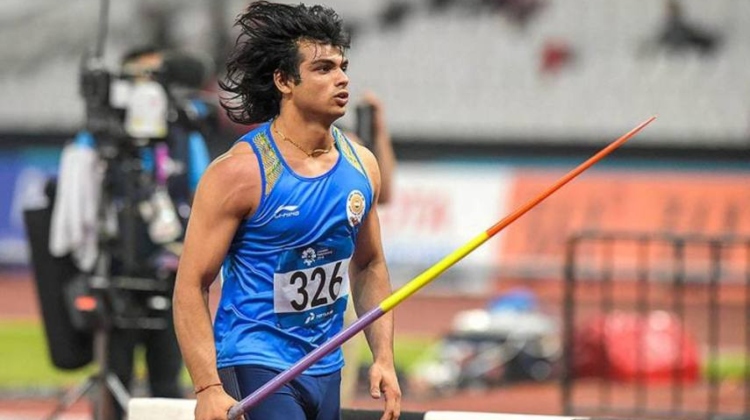 Potchefstroom (South Africa): Star javelin thrower Neeraj Chopra has qualified for the Tokyo Olympics with a throw of 87.86m at the ACNE League meeting here, making an impressive return to the circuit after recovering from an elbow injury.

The 22-year-old Indian, who missed the entire 2019 season due to the injury, breached the Olympic qualification mark of 85m in his fourth attempt and secured the top place at the international event here Tuesday.

He threw the spear to 81.76m at the start and kept improving with every throw. He managed 82m in his second attempt and 82.57 in the third.

“Feeling super awesome to be back in the competition mode. Thank you everyone for your good wishes and supporting me always,” tweeted Neeraj, who has now secured India’s fourth Olympics quota in athletics.

The other three competitors did not even touch the 70m mark.

Neeraj had missed the IAAF World Championships, the Diamond League and the Asian Championships while recovering from the injury.

His last major international competition was the 2018 Jakarta Asian Games where he won gold with a national record of 88.06m.

The Indian had undergone a surgery in May 2019 to treat the injury. He was expected to compete at the National Championship late last year but the AFI didn’t give him clearance, allowing him more time to heal.

National record holder KT Irfan had became the first Indian from athletics to qualify for the 2020 Olympics when he finished fourth in the 20km event of the Asian Race Walking Championships in Nomi, Japan in March 2019.