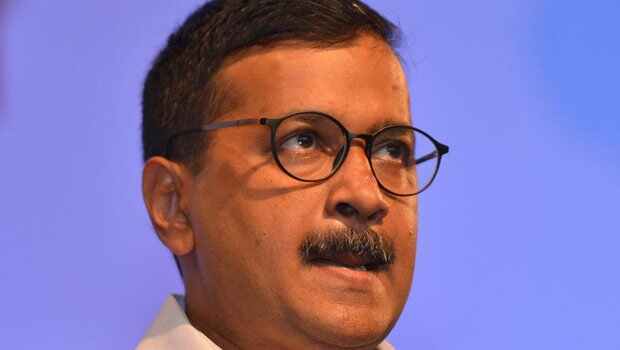 Just a day ahead of Delhi Assembly elections, the Aam Aadmi Party has resorted to yet another unfair practice by posting a video in which an AAP supporter is asking people to accept money and food from other political parties but vote for AAP instead in the upcoming elections.

In an official video titled ‘Thug Life’ posted by AAP, the party glorifies a person, who without any shame promotes unethical election practice of accepting money from political parties ahead of Delhi assembly elections. In the video, the AAP supporter can be heard saying, “I will take money and food from other political parties but vote for Jhaadu (AAP’s election symbol).”

This is not the first time that the Delhi-based Aam Aadmi Party is indulging in such immoral acts of urging people to take bribe money from other parties and instead vote for AAP.

During the 2019 Lok Sabha polls, Delhi Chief Minister, Arvind Kejriwal had landed in controversy yet again as he had urged voters to accept money from Congress and BJP but vote for the Aam Aadmi Party.

“Election se pehle doosri party paise baatne ayenge. Tab kya karoge? Paise sab se le lena par vote jhadoo ko de dena. “Election mein vote kisko diya hai kisiko pata nahi chalega, toh vote jhadoo ko dena.” (Before the elections, other parties would come and distribute money. What would you do then? Take all the money but cast your vote in favour of the broom (AAP’s election symbol). No one will come to know in whose favour you have cast your vote), Kejriwal had said.

AAP supremo Kejriwal has earlier too faced the Election Commission’s resentment twice over this same remark but somehow has failed to rectify himself.

In 2015 during the Delhi assembly elections, speaking at a rally at West Delhi’s Nawada area, Kejriwal had stirred a similar controversy when he asked voters in Delhi to take the money offered by the BJP and the Congress but “fool” them by voting for the AAP.

Similarly, during the Goa polls in 2017, Kejriwal had unashamedly made the same remark saying, “If Congress or BJP candidates offer money, do not refuse it. Accept it as it is your own money and there is nothing wrong in getting it back. If they do not offer money, go to their offices and ask for it. But, when it comes to voting, press the button against the name of the AAP candidate.”