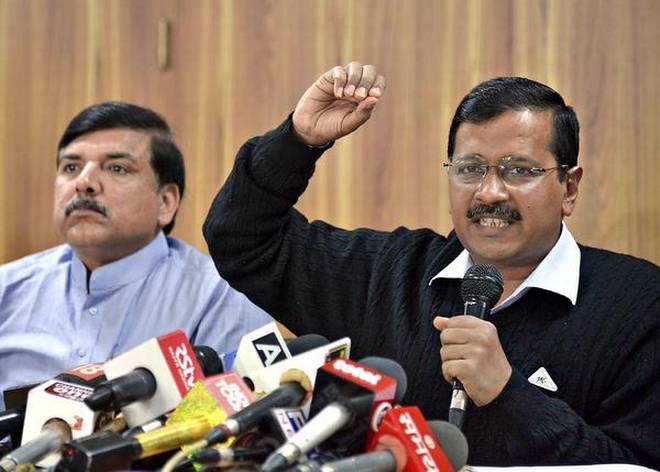 New Delhi: The Aam Aadmi Party (AAP) smelt a BJP conspiracy behind the Jamia firing incident. It said the saffron party wants to create a ‘riot-like’ situation in the city and get the Assembly polls, scheduled for February 8, postponed as it can sense its defeat.

The party also demanded the resignation of Amit Shah, terming him the ‘most incompetent Home Minister India has ever had’, while also slamming the police for just being a ‘mute spectator’ to the firing incident.

A student from Jamia Millia Islamia was injured Thursday when a man opened fire at a group of protesters and shouted ‘Yeh lo azaadi’, triggering panic in the area.

The man was detained after he fired at students demonstrating against the Citizenship (Amendment) Act, police said.

The AAP alleged the incident in Jamia area was a BJP conspiracy to spoil the atmosphere so that the Delhi elections could be postponed.

“The BJP did such a disgusting act on the Martyrdom Day of Gandhi ji. The BJP and Home Minister Amit Shah are scared of losing the upcoming polls and they are trying to get the polls postponed through the act,” Sanjay Singh told reporters at a press conference. He further alleged that Shah has tied the hands of the Delhi police that is ‘why they were mute spectators to the incident’.

“Shah is the most incompetent Home Minister India has ever had,” Singh alleged.