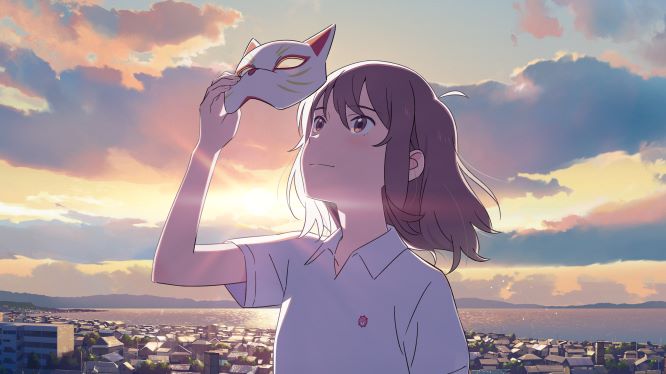 Netflix is on a rampage with some sensational releases planned for June 2020. The lockdown situation has favored Netflix, Prime Video, Hulu and other streaming platforms to a great extent. However, when it comes to anime, Netflix has got its nose out ahead in the race for supremacy. After Baki Part 3, with yet another Netflix original anime ‘A Whisker Away’, Netflix aims to keep the anime fans glued to its services in June.

A Whisker Away Review: Is It Worth Watching this Netflix Anime?

‘A Whisker Away’ centers the plot around Miyo Sasaki who is fondly called as Muge in the show. Miyo Sasaki is a bubbly character in all walks of life. Miyo Sasaki develops teen love for Kento Hinode. Miyo Sasaki years for Kinto’s attention but in vain. Miyo Sasaki takes the opportunity to turn into a cat after giving up on her human avatar.

‘A Whisker Away’ sways beautifully with a right blend of emotional touches through its duration for around two hours. ‘A Whisker Away’ plots a pleasant anime experience with a professionally executed script. The main character of ‘A Whisker Away’, Miyo gives a lot of takeaways for its audience.

A Whisker Away Netflix Trailer

A Whisker Away Cast

The cast of the Netflix anime film ‘A Whisker Away’ includes:

A Whisker Away Plot

According to Netflix, the plot lines of the Netflix anime reads, “A peculiar girl transforms into a cat to catch her crush’s attention. But before she realizes it, the line between human and animal starts to blur.” It is to be noted that the English audio for A Whisker Away is not available yet.