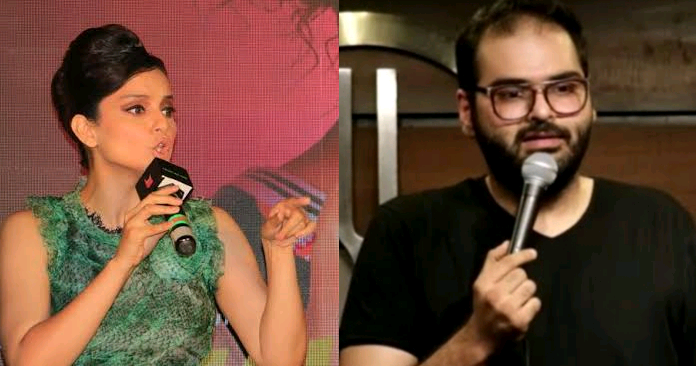 Hey Readers! Welcome To Desi Humor. The cabin crew is treated and trained well to handle passengers carefully. They are supposed to be calm, kind and friendly. Their duty is to serve the passengers in any case. But many-a-times it is seen, the passengers are quite misbehaving towards them. The more sophisticated Bollywood celebrities also have been caught doing this. Sometimes the case was so severe that they were banned by the airlines.
Here we have listed a few celebrities who got into trouble on a tour. This behavior should be opposed and even the staff must be treated cordially.

The popular comedian had an argument with Arnab Goswami. A flight was the location of the scene and it wasn’t supposed to be tolerated. Kunal has already been into Controversy due to all his political debates and this indeed fetch him more trouble. Kunal is now banned for 6months from various airlines.

Priyanka Chopra fought with her co-passenger. Noted that this time Priyanka was at fault. The passenger was a very well known surgeon who once treated Nawaz Sharif and Queen Elizabeth. He suggested her to not to be on a call while the plane is on the runway. This did not go well with her and she argued which later blew her into troubles.

Katrina as seen in many reality shows and interviews seems to be quite introvert. Maybe it is this trait of her that she doesn’t like talking to the crew. She keeps her assistant to make all the required conversation in the plane. But this time when Katrina was asleep and there was no one around, an air hostess tried to hook her seatbelt. This was a very crucial step for her security but Katrina wasn’t ok with it. She quarreled with the air hostess for this and later faced ire of airlines.

The usually jolly and kind Ranveer Singh got into trouble after his argument in a flight. Ranveer was asked whether he would opt for veg or non-veg meal. He chose to answer in a while. It took him too long to decide that all the non-veg meal was already served. To this Ranveer was annoyed and refused to accept anything from the service.

The very beautiful pahadi girl as such never messed with the crew. She is just kept into the list due to her weird choice. She travels in business class and keeps her assistant in economy class. This troubles the service providers as they have to walk through business and economy for all her answers.

We know you are shocked to see this name as he isn’t one from the celebrity criteria, but what he did was certainly unacceptable. He argues to get a business class on a plane which was economy only. When asked to change the flight, he was annoyed and beat the crew member with his slipper. He had to face a ban after this act.

This BJP MP fought for an emergency window seat. You might be thinking this is the passenger’s choice?  The condition was, to be in her wheelchair. The rules do not allow her to take that seat. She fought over it and stated she was charged extra for the purpose.