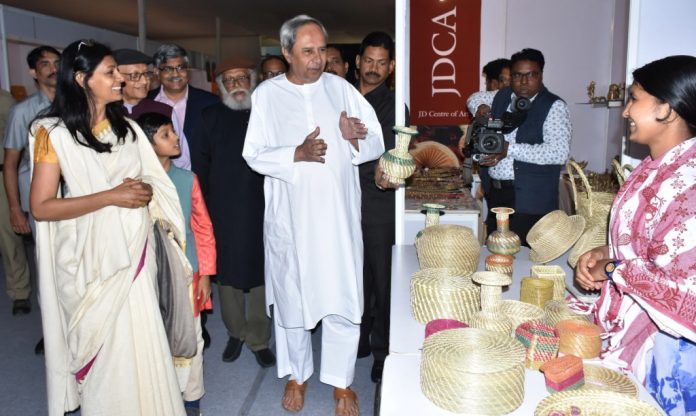 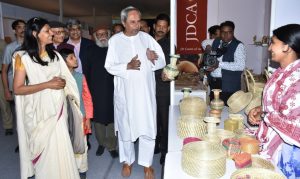 Bhubaneswar:  Chief Minister Naveen Patnaik inaugurated the 13th International Festival on Art and Artists at Idcol auditorium here Friday and declared the festival open for two days for the audience.

On the occasion , the Chief minister said that Odisha has rich legacy of art and heritage. Chief minister Naveen Patnaik said Odisha is a rich legacy of Art manifested in various forms through the ages. The art heritage of Buddhist era continues to manifest in many places of our state. Since then many historical, political cultural and spiritual movements have influenced a distinct tradition of painting, architecture, sculpture, music and dance. The temple art and culture has taken the center stage of global art heritage. Artistic creations have been reflected in our handworks, paintings, brass wares, terracotta, clay dolls etc. there is amazing touch if imagination and innovation in such arts. The Jatin Das centre of arts has put a significant endeavors to preserve, document, evaluate and improve various art forms in order to save them for our future generation as a sources of inspiration.  On the occasion, the legendary painter-sculptor-muralist Jatin Das talked about his dream of creating a Centre of Art in Bhubaneswar. He said, “Odisha is my home state, but more importantly Odisha has a rich cultural heritage that needs to be preserved and appreciated. The big metros have many art galleries and museums which other cities dont. Thankfully, Odisha government realizes the importance of art and has built art centers such as the Kalabhoomi and the Tribal Museum. The city of Bhubaneswar can becomes epicenter for artists in the country.”

He informed that the construction of Centre of Art is in full swing on an acre of land given by state government which is located opposite the Khandagiri caves in Bhubaneswar and also gave Rs 6.5 crore for the center. BV Doshi the renowned architect and Padma Bhushan awardee, is the master planner and principal architect of the center and Mahendra Raj the structural engineer are working on the centre. The centre will have folk, tribal, classical and contemporary art would all be under one roof.

Das said that for the last 13 years we have been holding a unique film festival on Arts and Artists. This is the 13th edition and from here it will become biennial and we hope that next time the festival will be organised at the Centre of Arts.

Aruna Vasudev the director of the festival said that it in its 13th year and it is continuing to grow.  Originally conceived as a space for presenting solely indian films we have expanded over the past few years, including films from across the world so that audience in Bhubaneswar can see what is happening in field of art internationally.

Tourism minister Jyoti Panigrahi said that Odisha government is making efforts in promoting art culture and language in various measures. “Odisha is the hub of different arts, cultures, architecture and such film festival not only promotes movies but also art and artists.”