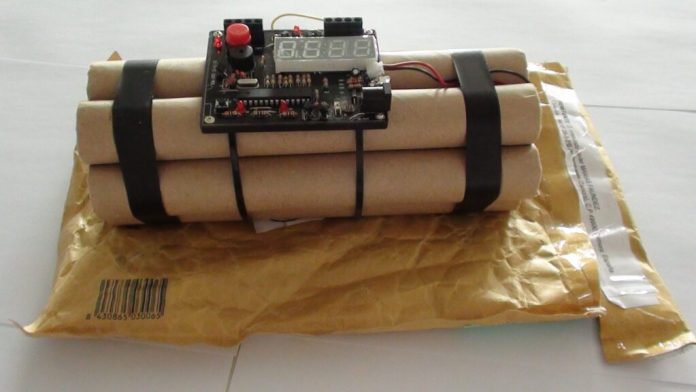 On Wednesday, two letter bombs exploded in the Netherlands and an anonymous criminal asks for a Bitcoin payment to prevent future attacks, the Dutch police say.

The first bomb went off at a mail sorting office at ABN Amro bank in Amsterdam on Wednesday morning. The letter bomb exploded moments after a mailroom employee threw the package away. “The colleague who sorted the mail heard a hissing sound and threw the package away,” Mr. said van der Varst.

The second explosion occurred less than an hour later in a border town called Kerkrade. The package was sent to a local company, the Japanese electronics company Ricoh.

Nobody was injured in both explosions, but police say the bombs were sent along with banknotes demanding payment in Bitcoin to prevent further bombing.

The police have started their investigation, but have not officially linked the cases. Amsterdam police spokeswoman Lex van Liebergen said today to the Dutch site De Telegraaf: “It is fair to say that all of these are connected because the same question was asked[…] But we still don’t know who sent it. We are still investigating it. “

The police have not yet revealed how much Bitcoin the unknown bomber is asking.

This is not the first time that the Netherlands has seen bad guys demand crypto payments. The 2015 Jumbo bomber, which placed explosives in Jumbo cross-country supermarkets, also demanded disbursement in Bitcoin.