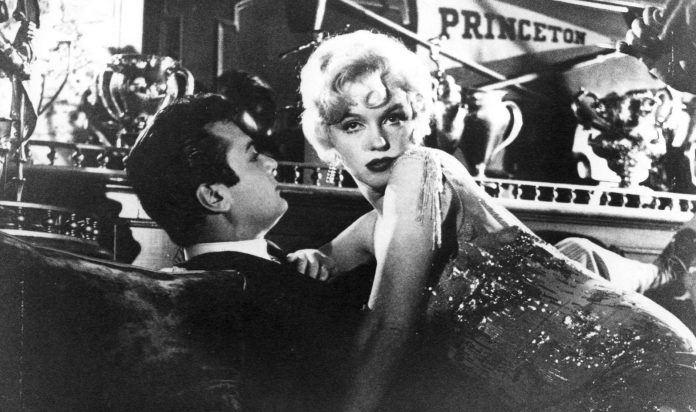 There’s always room for more Marilyn Monroe biopics and biographies. A new television show based on the iconic movie star’s final months is now in development from the producers of Paramount’s Yellowstone. From 101 Studios and Seven Seas Films, the television show is based on Keith Badman’s The Final Years of Marilyn Monroe.

The series, which we assume is a limited series, will depict the last months of Monroe’s life. The Some Like It Hot star tragically passed away in 1962 from an overdose. Shortly before her death, she was connected to the Kennedy brothers and the Mafia. Apparently, Badman’s book has some never-before-told stories.

Everyone knows the details about Monroe’s passing, but not so much about her final months. If the series does her justice, it’ll humanize her more than history has. In a statement from Seven Sea Films co-founder, Dan Sefton, he confirmed her story will be told with compassion. (Source: The Hollywood Reporter):

“Many people think they know the truth about Marilyn Monroe’s final months, but it’s a complicated and tragic story; one which we want to depict with compassion and sensitivity. It’s fantastic to be partnering with 101 Studios and ABG on the next stage of development, and we can’t wait to bring Marilyn to life.”

The big question is, who will play Marilyn Monroe? Those are huge shoes to fill. In the future, it wouldn’t be surprising if we saw a biopic in which she’s depicted with the use of motion-capture and old footage. Right now, there’s a visual effects company working on a James Dean performance for a war movie. There’s an agency that represents the likeness of deceased actors. It’s morally distasteful and artfully bankrupt, but for all we know, it’s the future.

The owner of Monroe’s estate, Authentic Brands Group, has given its approval. They didn’t approve of My Week with Marilyn or another Monroe biopic currently in post-production from director Andrew Dominic. A representative from the estate said:

“Marilyn Monroe is an enigmatic icon whose multifaceted life continues to inspire and intrigue us. She was a trailblazer who forged her own path, during a time when women’s voices were often ignored and silenced. It is the perfect time to tell her iconic story as the challenges she faced are still prevalent in women’s lives today.”

A Marilyn Story to Read

If anyone wants the perfect look at Marilyn Monroe, read Truman Capote’s Music for Chameleons. It’s a combination of fiction, true crime stories, and a short story about Capote’s day with Marilyn, in which she parties, gossips, and ponders life. It shows a whole new side of the movie star, bringing her down to earth. Capote writes all about her beauty and flaws with such humanity and vividness. For a reader, it’s like being a third wheel to their intimate conversation and day together. It’s a magical piece of writing.

Another Monroe Biopic in the Works

Monroe biopics will never go away. For the last decade now, a rather epic and unconventional biopic has been brewing from Andrew Dominik. He’s a perfect director for her life, considering how much he deeply humanized Jesse James in The Assassination of Jesse James by the Coward Robert Ford. Dominik doesn’t have a standard biopic in mind, either. He’s telling her story with only a handful of scenes and long moments of silence. Dominik isn’t directing an adaptation of a wikipedia page, but telling Monroe’s story through images, not facts. Brad Pitt produced the Netflix movie, which stars Ana de Armas (Knives Out) as Marilyn Monroe. The biopic is called Blonde.