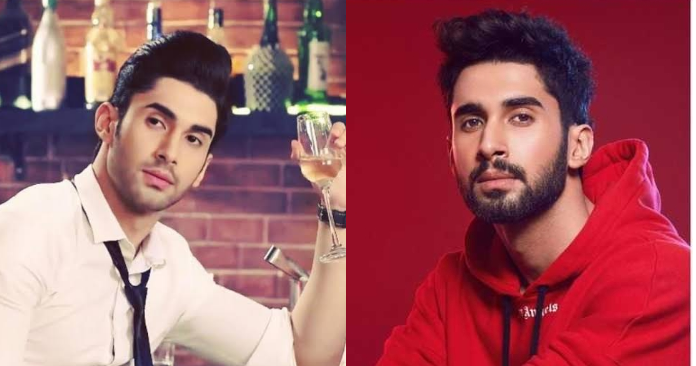 Hey Readers! Welcome Back To Desi Humor. So, many of us would be curious about Dostana 2 which is slated to come by this year. The movie is about two siblings who fall for the same person. It is the sequel of Dostana starring John Abraham, Abhishek Bachchan, and Priyanka Chopra. This time it features Kartik Aaryan, Janhvi Kapoor and Lakshya Lalwani.

Where we were expecting a new face the debutante seems quite familiar to us. Wanna know how? Here we bring you 7 amazing facts about Lakshya Lalwani that will recall where you have seen him before and also some interesting facts that would be a sneak peek in his life. Scroll down to know more!

In an interview, Lakshya said acting was never his first plan. He always wanted to be one of those disciplined army men. But you never know where destiny takes. His fitness regime is still as strict as one from the army. He surely puts the same dedication and ethics into his work. He is equally passionate about his acting career.

His first show was one from the mastermind Vikas Gupta. He gave him a chance to be a part of his school drama on MTV which came out to be quite successful among teenagers. The show was ‘ Warrior High’. The story was about school love and also had a pinch of sensibility towards the poor orphan kids who walk into expensive schools and are mocked later.

Already been a part of MTV, Lakshya wanted to try in Roadies. This shows his higher interest in fitness and adventure. Well, his physique does justice to this. He also auditioned for it once, but due to reasons, he wasn’t able to make it into the show. But not trouble, destiny had better choices for him.

Lakshya has been popular onscreen. He did some fabulous roles in ‘Adhuri Kahaani Humari’, ‘Pyaar Tune kya Kiya’ and ‘Pardes Me Hai Mera Dil.’ All these serials have performed brilliantly onscreen. He has experience working into different roles and this is surely gonna help him in the industry. Getting in Bollywood is more like promotion and is a golden feather to his cap.

5. Part Of The Most Expensive Show

Lakshya had his active participation in the most expensive television drama in Indian History. The show ‘Porus’ was featured on Sony TV. The budget for the show was 500 crores. Lakshya played a lead role in the series. The story was a historical drama that did quite well onscreen. He himself has set his standards high. Being such a fine actor, the viewers also hold high hopes from him.

The 23year old Lakshya has already had enough awards and praises from the industry. He won Lions Gold Award for the best actor and was nominated in the Asian Television for the best actor. He has signed a four-film contract with Dharma Productions. So, his fans won’t have to wait for more to see him more onscreen.

Lakshya and Rashmi Desai were known to be in a relationship a while ago. Lakshya was 20 years old back then. They gained a lot of controversy through media, but later separated due to reasons. Lakshya doesn’t seem to get into another relationship since then; Though Rashmi is dating Arhaan and is a part of Big Boss now.