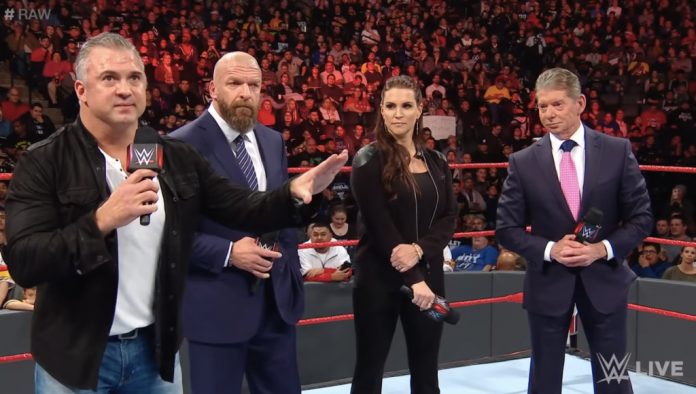 Between the 2019 Earnings Report and the recent release of the co-presidents who oversaw its launch, it’s clear that the WWE Network hasn’t been the rousing success story that WWE was hoping it would be. With WWE stock on shaky ground, that opens up some questions about the future of the Network, and potentially WWE as a whole.

Laura Martin, a financial analyst for Needham, laid out an interesting theory of what the future could hold in a piece at CNBC. Vince talked in the earnings call about “major streaming companies” are interested in WWE. That could explain the reference in the report to “strategic alternatives” to the WWE Network.

One such option, Martin points out, would be a deal with Amazon for the streaming rights to WWE products. Basically, the WWE Network could become one of Amazon’s “Prime Video Channels” available for a few extra dollars a month on top of the Amazon subscript. As Martin mentions, they’ve already been streaming football, so there’s a precedent for live sporting events.

What’s even more interesting is that Martin also puts forward this idea:

We believe that such a licensing deal would put AMZN in the best spot to purchase all of WWE, whenever the family is ready to exit. Vince McMahon is currently 74 years old, going on 50.

That may be a little out there, as theories go (although probably as likely as CM Punk having a WrestleMania match this year), but you have to admit it seems like a very Vince McMahon move to arrange things so that when he’s gone control of the company goes to another billionaire like Jeff Bezos, instead of to Triple H, Stephanie, or Shane.