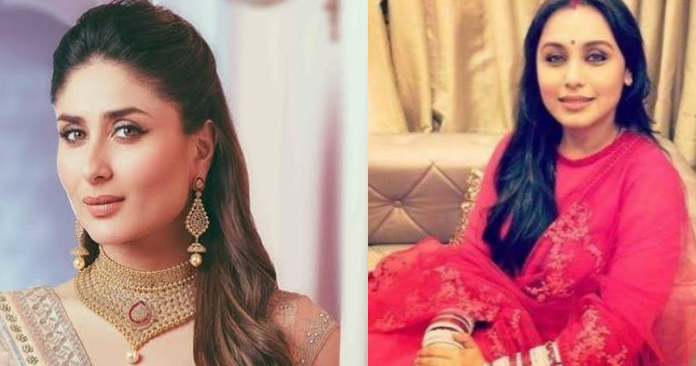 Social media is spreading like an addiction in this modern world and almost more than half the world’s population stays connected with each other through social media accounts. Even our Bollywood celebrities, both young and old are quite active on their social media platforms to stay in touch with their growing fan base. Well if you’ll look around you’ll also find some stars missing from that platform and who do not use social media to interact with their fans. These few celebrities don’t use platforms like these to show their gratitude instead, they know and find other ways to interact with them.

So with that, we give you a list of Bollywood celebrities who are not on social media and have chosen to stay away from it.

Starting off this list with the name of our beauty queen, Bebo aka Kareena Kapoor Khan who has surprisingly been missing on social media. Seeing how most of our leading ladies are actively present on it daily and give us updates on everything happening in their life, Kareena has chosen to keep her life much private.

Another Bollywood’s renowned star who has been absent from all social media platforms is Rani Mukherjee. When asked about the reason behind it, she said that she and Aditya Chopra prefer to keep their personal life in their house boundaries rather than including everyone. So there’s that.

Rekha is an all-time legend of our film industry, but the only thing which we’ve all been waiting for is her charisma to be spread across our social media accounts. She never personally gets to tell about her activities and whereabouts, only through other social pages her fans get her daily life updates sometimes.

Lately, Jaya Bachchan has been very active in politics as she’s a member of Parliament in Rajya Sabha and runs for the Samajwadi Party. Other than that we don’t really know what’s happening with her life currently as she’s non-existent on digital media, unlike her whole family who shares their presence daily.

The bold and beautiful actress Vidya Balan, who is known for putting forward her fierce opinions in front of others and has also been a victim of body shaming for a long time is still not a part of any digital media. We need her presence with us as her thoughts and opinions are much needed.

Kangana may have not been an active part of social media but her team is present there to tell every upcoming news about her. She may be absent on the media floors but she always knows her way to get back at us. She perfectly handles her private and professional life this way.

Just like his wife, Saif also likes to keep his personal life to himself and that’s the main reason he’s not on social media. But his fans many times confronted him to have one account so that they be in touch with him and his life.

One of our most charming actors, Ranbir Kapoor is that kind of a star who speaks less in media and avoids much interaction. Though in Koffee with Karan he once said that he has a secret account, but still, no one knows if its true or not.

The Jane Tu Ya Jane Na actor had made his social media appearance a long time back but soon he swiped off all his accounts for some reason or maybe because of trolls. From that time till now, he never got back on social media.