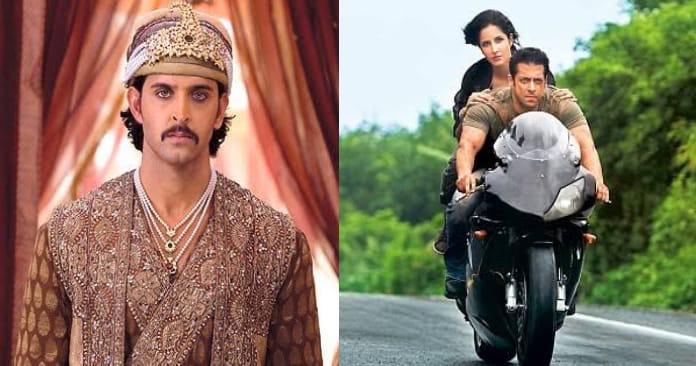 Shah Rukh Khan is one of the greatest actors in the entire world. The man has gained a worldwide fan following, and very consistent in the number 2 of the world’s richest actor. He owned all the luxury of life but the actor is always remembered for his down to earth attitude.

Talking about filmography, the actor has been part of some of the best Bollywood movies that have created milestones in Bollywood cinema. One trivia about the actor is that he has signed some hit movies without even reading the script.

Similarly, many movies are offered to King Khan and he let them go because of shooting schedules or maybe he didn’t like it.

Here we created the list of 8 Blockbuster films that could have been made with King Khan as these were offered to him first.

Rajkumar Hirani has always been a big fan of Shah Rukh Khan. He openly confessed his wish to work with King Khan. And this is the reason that he went to him with the script of 3 Idiot.

We all know that movie was based on the bestselling novel ‘Five Point Someone’ by Chetan Bhagat.

Shah Rukh Khan was very busy with his schedule and he turned down the role. The iconic role of Rancho then offered to Mr. Perfectionist Aamir Khan.

Later, the film became a blockbuster and an all-time favorite for the audience worldwide.

Ek Tha Tiger is a big hit in Salman Khan’s career. Little you know that Kabir Khan wants to make this movie with Shah Rukh Khan as a lead.

Again, Shah Rukh Khan turned down the offer due to his busy schedule and role went to Salman Khan.

Kabir Khan shared his vision on how he was planning to make
his movie ‘Ek Tha Tiger’ as Shah Rukh Khan as a lead. However, he is very happy
with Salman Khan as a lead too.

Shah Rukh Khan and Ashutosh Gowariker have done a movie together, Swadesh which was a masterpiece and praised by critics.

There was the chance for a fan to see the actor-director duo return with another good movie if Shah Rukh canceled his vacation.

Can you imagine Shah Rukh khan as Emperor Akbar… if could be
possible if Shah Rukh chose to do the movie instead of vacation with family. He
finally let go of the movie to spend some quality time with family.

The movie that made Hrithik Roshan a household name and he entered into the Bollywood industry with a big blockbuster hit was first offered to King Khan.

Rakesh Roshan wanted to cast Shah Rukh Khan and Kareena Kapoor for the movie. Both the actor left the project due to some unknown reason.

Later, Rakesh Roshan decided to make the movie with a fresh
cast and he launched his son Hrithik Roshan as a lead actor in the movie Kaho
Naa… Pyaar Hai.

Movie Lagaan was an ambitious project for the director Ashutosh Gowarikar. He offered the role of Bhuvan to Aamir Khan who rejected it in the first place.

He went to approach Shah Rukh for the role of who rejected the movie because of the busy schedule.

Later, Aamir finds the concept very bizarre and agreed to
work on the film. Now the movie is counted as one of the best Bollywood
classics.

Later, Shah Rukh Khan left the project, and Raju Hirani chose to continue the project with Sanjay Dutt as a lead. The movie is now a fan favorite.

Rang De Basanti which is one of the biggest hit in Aamir Khan’s filmography was first offered to Shah Rukh Khan.

This is a very common thing in the Bollywood because the iconic character of Rahul in Darr was offered to Aamir Khan which he was not interested to play.

The controversial movie which made Ranveer Singh stand among the most shouted bankable Bollywood actor was first offered to Shah Rukh Khan. It will be interesting to see Shah Rukh Khan playing the obsessive antagonist in the film.

Shah Rukh loved the character but he demanded a pretty high fee for the movie that was not acceptable by the producers of Padmaavat.