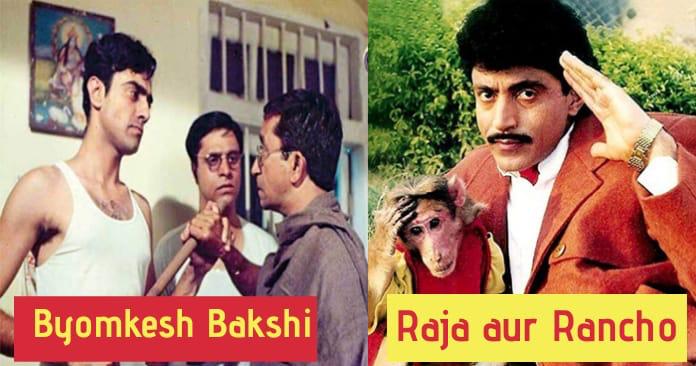 You have often seen people talking about the entertainment industry in the 90s because the 90s were awesome with its music, entertainment, and shows.

It was the time when people used to watch Shaktiman and Captain Vyom on Doordarshan. Apart from these superhero flicks, serial Chandrakanta has a separate fanbase.

Today you have options to shift channels and select multiple shows. You have seen detectives like Sherlock Holmes, James Bond, and many more but little you know that there were dozens of Hindi detective shows that people used to watch in the 90s.

Check out these 8 detective shows that made TV awesome during the 90s.

Byomkesh Bakshi got a fair share of fame and emerged out as India’s best fictional character. Well… Byomkesh Bakshi is always compared to Sherlock Holmes.

This show was quite popular during the 90s. People are a big fan of the show and they love the way Byomkesh solved cases.

Byomkesh Bakshi was a Bengali character and Shardindu Bandopadhayay had created a show on this character.

The character and show become a huge hit. Later on, Bollywood made a movie on Byomkesh starring Shushant Singh Rajput. The show was also reprised.

Suraag the clue was one of the most loved TV serials in the 90s. This show started in 1999and used to appear every Monday at 10:00 Pm for an hour. Actor Sudesh Beri had played the character of the CID inspector in the serial.

He was famous for his awesome entry in every episode, and everybody used to sit there before time just not to miss the entry of Sudesh Beri in the show.

Sudesh Beri had appeared in many other serials but he was
very famous for playing the CID inspector in the detective show Suraag the
clue. This the reason that people wouldn’t stop talking about the show about the
90s.

Another famous detective show of the 90s is Jasoos Vijay. Nobody will ever forget the character of Jasoos Vijay played by Aadil Hussain.

Jasoos Vijay had his technique to solve cases, and with solving the cases he also used to inform people about HIV and aids.

Jasoos Vijay was telecasted on Doordarshan. It has 195
episodes, and the creative director of the show was Devika Bahl. The show came
out in 3 seasons.

Raja and Rancho were telecasted on DD Metro during the 90s. The show was funny and detective fiction.

The character of Raja was played by Ved Thapad, and he used to have a monkey named Rancho with him, together they solved mystery cases.

The detective fiction show Tehkikaat becomes a fan favorite soon after its release on TV. This serial was quite famous during the 90s. It also includes some famous names from the Bollywood industry.

The detective serial Karamchand was a big hit in the TV industry. The show featured Pankaj Kapoor and when he came on screen wearing black goggles and eating a carrot, the fans were dazed. The show came up for 2 seasons.

It was broadcasted on India’s national television DD1. It is
one of the first detective series in India. The title character was played by
Pankaj Kapoor.

Detective Karan got a fair share of popularity by the end of the 90s. This show featured actor Kiran Kumar playing the title character of Detective Kiran. The show was broadcasted on DD Metro.

The show revolves around Karan who is a patriotic detective.
Karan faces several hardships and comes across many life-threatening situations
while solving criminal cases.

The show has set several records with its run time and the number of episodes. Little you know that people still watch this show with the same interest.

The show continued to come up with all different episodes for almost 20 years. For instance, the 1500th episode came out on 25th February 2018.

The series premiered on 21st January 1998, and it
is the longest-running television series in India. The main cast of the serial
includes Shivaji Satam as ACP Pradyuman, Aditya Srivastava as Senior Inspector
Abhijeet, Dayanand Shetty as Senior Inspector Daya, Dinesh Phadnis as Inspector
Fredricks “Freddy”.

Which detective show from these is your favorite? Comment
your opinion on these shows? Do you think the 90s are awesome for the TV
industry?