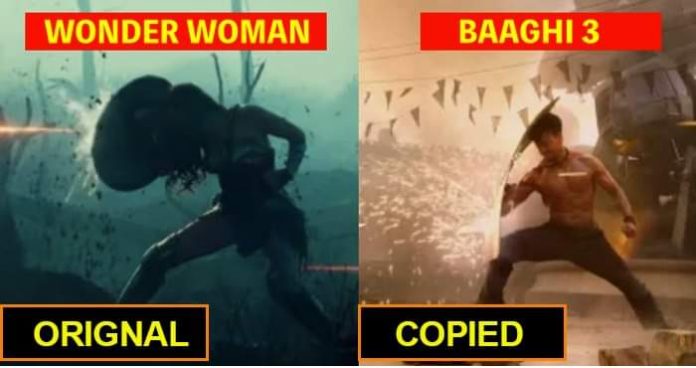 Bollywood films often criticized for copying contents from the original creation.  From Hindi songs, background score, dialogue, poster, the plot of the film and even the scene ripped up from many American films now and then. While a good adaptation was praised by the Bollywood audience, a poor-quality presentation also backlash by the viewers too. It was a time when internet and social media did not exist in the palm of a user but today when every info in under one fingertip, it is hard to hide the original sources of content including movies.

Bhoot Part One: The Haunted Ship: 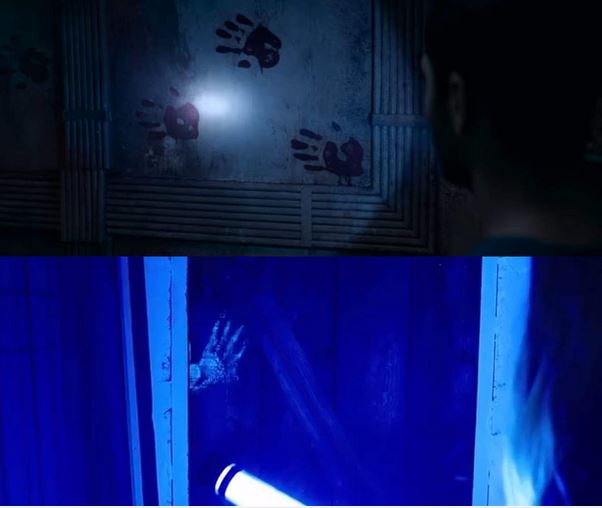 Vicky Kaushal’s upcoming project Bhoot Part One: The Haunted Ship produced by Karan Johar is now trending on social media. It turns out the eerie scenes of the movie Bhoot part One is similar to another horror flick of Hollywood ‘Lights Out’. The viewers have pointed out a particular hand impression scene is as same as the Lights Out movie’s climax scene 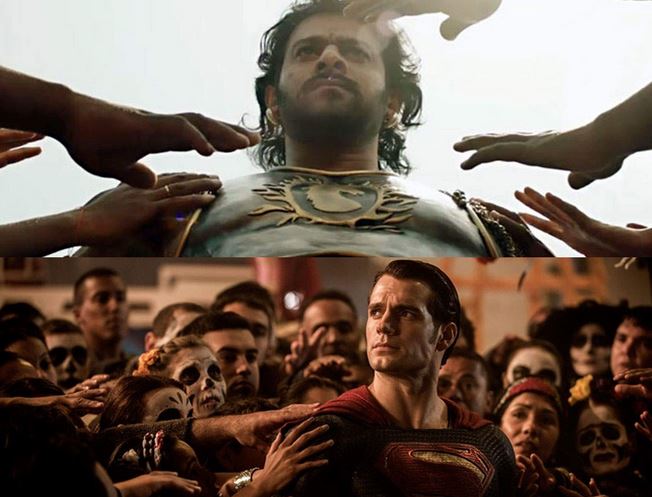 Baahubali venture is one of the highest-grossing films in Bollywood History. But the audience can not deny that fact of copying some exact scene was adapted in the movie Baahubali 2 from Hollywood projects. Though these adaptations were praised for its good execution, also criticized by many film buffs. In Baahubali 2 there is a scene where Baahubali (Prabhas) was walking among the crowd of the villagers and they are trying to reach and touch him, the scene was similar where everyone trying to reach out Superman for saving them in the movie Batman vs Superman: Dawn of Justice. 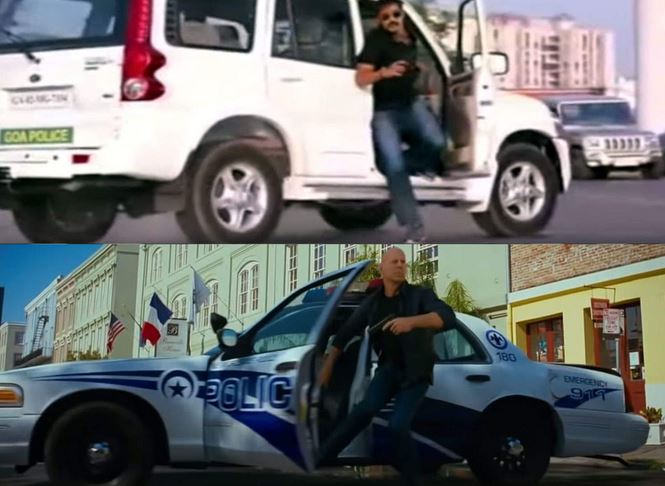 Singham is a cop- franchise film which is an adaptation venture achieved success is the box office. This action-based movie also copied a scene from a Hollywood Movie ‘Red’. In the movie Red. There is a fighting scene where Bruce Wills steps down while his car was moving to shoot back the enemies, the exact scene was copied from the movie Singham where Ajay Devgn also get down from the moving car with ease. 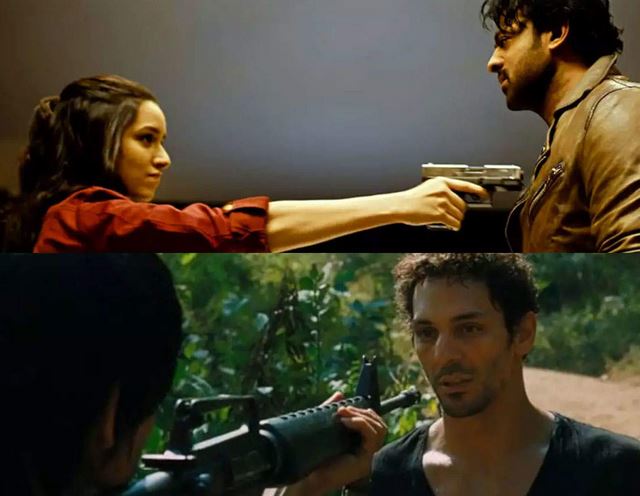 Sahoo is one of the big-budget ventures of Bollywood which failed big times to impress the audience. According to the audience, Sahoo movie plot was very weak thus fail to impress them besides many incredible stunts guided by the international stunt artists. Even the poster of the Movie Sahoo was criticized for being copied by other Hollywood movies. Prabhas and Shraddha Kapoor’s movie Sahoo plot was copied from the plot of the original movie ‘Largo Winch’. But not only the plot was copied from the film Largo Winch, Sahoo team even copied several exact scenes from the original flicks. 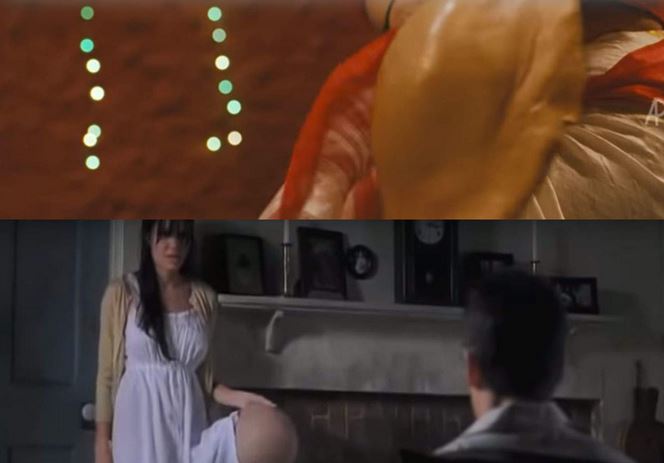 Kahaani is one of the best works of the actress Vidya Balan directed by Sujoy Ghosh. While this movie praised by many, a scene from the ending part of the movie caught and found similar from the movie Angelina Jolie’s 2004 film ‘Taking Lives’. Besides this scene, Kahaani will be remembered for its plot, twist and turn. 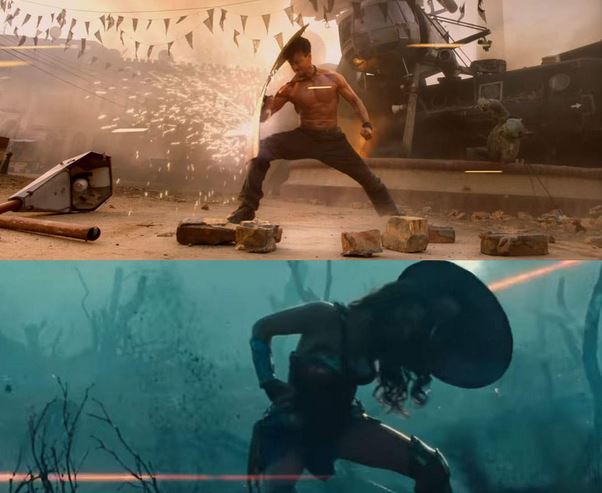 If you are a Super Hero Fan, you must know about the DC comic movie Wonder Woman features Gal Gadot. In the film Wonder Woman, there was an epic scene where Diana Prince (Gal Gadot’s character name) tries to protect her from bullets holding a shield, the exact scene was copied in the film Baaghi 3 featuring Tiger Shroff where he is holding a car door to protect him. Though Baaghi 3 has many other bold fighting scenes but this particular scene accused of plagiarism by the movie Wonder Woman. 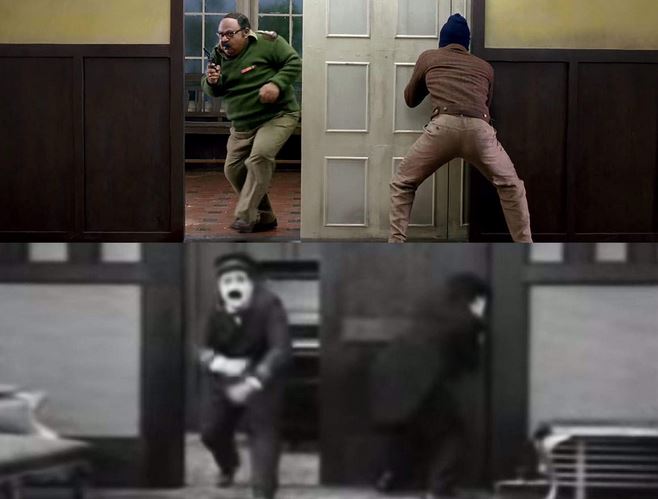 Barfi is one of the successful films directed by Anurag Basu. This film is also regarded as Ranbir Kapoor’s best performance. The plot and the improvisation were indeed a lovely creation. But this movie also copied several scenes from the original movie of Charlie Chaplin’s short film ‘The Adventurer’ from 1917. In the movie Barfi where Ranbir tries to avoid the police chasing and running back and forth rounding a sliding door the exact scene was created originally in the movie The Short Adventure.