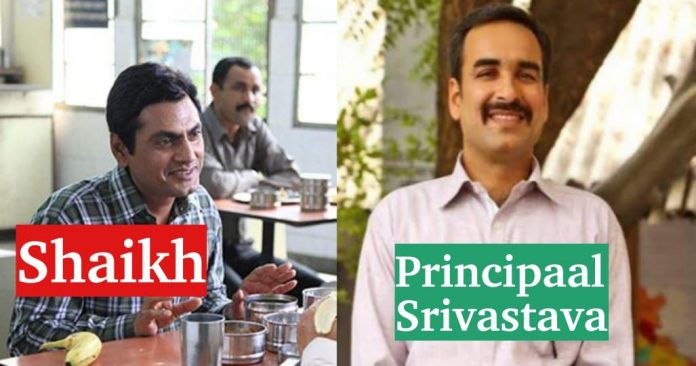 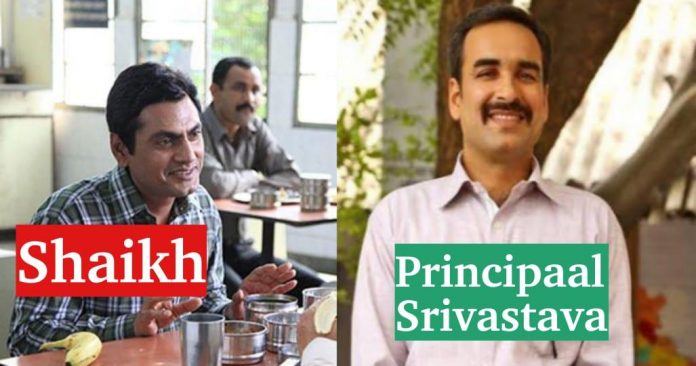 A movie completes with a hero, heroine, and villain. This is not the whole picture if you want to know the truth. There are many character roles in the movie that sticks with the heroes or villains and lead the movie forward.

But sometimes, due to a powerful impact, or captivating incidents, these actors become a fan favorite.

There are many movies in Bollywood where actors playing the character roles get appreciation and awards more than the lead actor.

We are not talking about movies that feature two lead actors like Andaaz Apna Apna or Gunday. And certainly, this list avoids all the multi starrer movies like Raees and Bajrangi Bhaijaan.

Check out this phenomenal list of 7 character actors who outshone the main hero of the film.

All the movies made by Priyadarshan has something much more for the character actors. You can pick any movies like Malamaal Weekly, De Dana Dan, Hungama, and many more.

While Hulchal is about the story of a family rivalry, with Akshay Khanna in the lead role, Arshad Warsi with his comic timing becomes the fan-favorite.

Arshad is jumpy, humorous, 100 percent in the scene and completely outshine the Akshay Khanna in all the scenes they feature together.

According to reports, Arshad was not happy with his character during the shooting schedule.

Satya is a milestone movie in Bollywood that has set the bar higher for all the criminal drama films. It can be said that the casting of Satya is one of the greatest castings in Bollywood. Manoj Bajpayee’s Bhiku Matre outshone the Satya’s character.

Manoj Bajpayee revealed that everybody on the set was very excited about his performances but he was not sure whether it was right or not.

He said that such kind of movies wasn’t made in India, and Satya was first of its kind.

3. Nawazuddin Siddiqui as Shaikh, The Lunchbox

In recent years, The Lunchbox emerged out like a Bollywood classic with its astonishing direction and powerful acting. In this movie, the lead character, Irrfan was very quiet and oblivious.

Thus, Nawazuddin had a fair chance to outshone Irrfan in the movie with his impressive acting with dialogues.

However, Irrfan Khan acted like he was known for and gave a
master class performance, and Nawazuddin nailed the character of a bumbling
office salesman.

Vijay Raaj has made his name in the Bollywood by doing numbers of character roles in Movies. He is very famous for his voice-overs. The actor featured as a villain in the dark comedy Delhi Belly in 2011.

Vijay Raaz as Somayajulu outshone every lead character with his gritty voice and villainous temper. The actor has proved his capabilities in many films like Run, Pathaka, and recently released Dream Girl.

Saif Ali Khan has an image of a cute romantic hero in the Bollywood industry during the 90s. His career graph took a sudden change when he featured in the Fantastic Shakespeare adaption of Omkara directed by Vishal Bhardwaj.

Saif stole the show with his dark and cunning portrayal of Langra Tyagi.

The movie was a huge hit, and Saif got the recognition as a
great actor in Bollywood. Later on, Saif Ali Khan expanded his acting stances
and took challenging roles in almost every movie.

Pankaj Tripathi got some recognition when he featured in the Anurag Kashyap’s Magnum Opus Gangs of Wasseypur. Although that was also the character role everyone in the movie was equally appreciated.

Later on, Pankaj featured in the movie Nil Battey Sannata is a comical Principal Srivastava.

The role changed his career and he started getting more
offers from other Bollywood directors. The actor also feels the same and in an
interview, he said: “It says that one should keep dreaming, stay focused and
the dreams will come true.”

Ayushmann Khurrana waited for the right script to enter into Bollywood. Well, he got the chance and become the lead actor in Vicky Donor.

However, Annu Kapoor as Dr. Baldev Chadda stole the limelight from the lead actor.

After the movie, everyone appreciated the debutant Ayushmann and Yami but people were crazy over the acting potential and comic timing of Anu Kapoor.

One trivia about the movie is that the role was first offered to Anupam Kher and then Boman Irani.