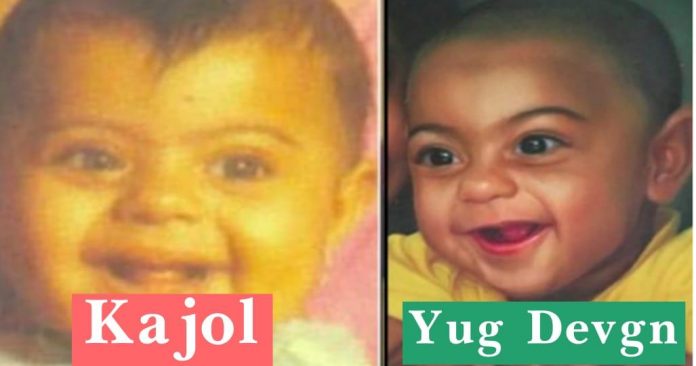 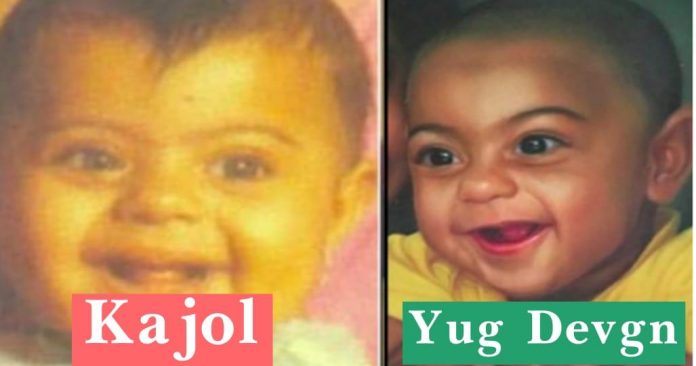 Fans are obsessed with Celebrity kids and often tries to
find out the similarities between the actors and their kids. The concept of
matching faces are very old, and the media is nothing but an old granny in the
case of Bollywood Celebrity kids.

Whether it is nepotism or something else, we fans love to stalk our favorite Bollywood actors. Since we dig up the old pictures of Bollywood celebs, we started matching the face cut, eyes, nose of these Bollywood celebs with their newborn baby.

We are shocked to see that these celebrity kids’ look exactly like their parents.

Aishwarya Rai is one of the most famous global celebrity because of her beauty. There is no doubt that talented actress has still her charm to become the reason for the ticket sale of any Bollywood movie.

Aishwarya became the mother of a gorgeous daughter a few years ago.

You will be shocked to see how similar little Aaradhya looks like her mother Aishwarya Rai Bachchan. Aaradhya never leaves her mommy’s hand when they face the camera, but the mother-daughter duo is a complete replica of one other.

Well, it is good that Taimur’s face is more like his mother because the face matching jeans are very popular in Saif’s family. For the record, Sara Ali Khan is the exact copy of her mother Amrita Singh, while Ibrahim Ali Khan looks like young Saif Ali Khan.

All the children of Shah Rukh Khan and Gauri Khan got their face match with their father. You can check the pictures of Aaryan Khan who resembles the young Shah Rukh Khan. It is expected that Aaryan is about to debut in Bollywood.

Similarly, Suhana Khan has a tilt of her father in her face.
She can be the lady Shah Rukh Khan. Now, the youngest member of the King Khan
family is exactly what Shah Rukh used to look like in his childhood. The
picture was shared on the internet and went viral.

Azad is recently in news headlines because of his sense of humor. It can be said that Azad got a lot inherent from his father Aamir Khan. Well, the characteristics are different things but a similar face is something that can be talked about here.

Azad resembles his father a lot. If he decides to enter into
Bollywood then we would witness another era of Aamir Khan in the Bollywood
industry. Well, the DNA has done its job.

Watching the picture of Nitara and baby Twinkle Khanna, you will definitely say like mother like daughter.

For the record, Twinkle Khanna didn’t have any resembling with her mother Dimple Kapadia, but the Nitara looks exactly like her mother.

Recently, paparazzi started finding similarities in the
stars and star kids, and they came up with interesting results. They have found
many celebrities whose childhood pics are very similar to their children’s
pics.

There’s a word similarity, which is sometimes obvious in mother-daughter or father-son duo. Then there’s a word exact copy, which is pretty rare. And check out the pics of Baby Kajol and her son Yug Devgan, you will see that these two are the exact copy of each other.

There’s no doubt that Kajol has given birth to herself
again. We hope young also got the talent of her mother. At some point, you will
be confused to differentiate because both babies are either baby Yug or baby
Kajol.

Check the social media, there are memes on going that gives you an exact picture of why Ibrahim Ali Khan is considered as young Saif Ali Khan.

Saif Ali Khan has prepared another Saif Ali Khan for the industry. As a fan, you will continue to see Saif for another generation as well.

All the children of Shah Rukh Khan and Gauri Khan got their face match with their father.

You can check the pictures of Aaryan Khan who resembles the young Shah Rukh Khan. It is expected that Aaryan is about to debut in Bollywood.

Shaheed Kapoor’s wife Mira Rajput is now on social media. She shared the picture from her childhood on her Instagram account. Misha Kapoor resembles her mother Mira Rajput.

I hope you get an understanding of how DNA works and it is
not that hard to identify the father-son or mother-daughter relationship.